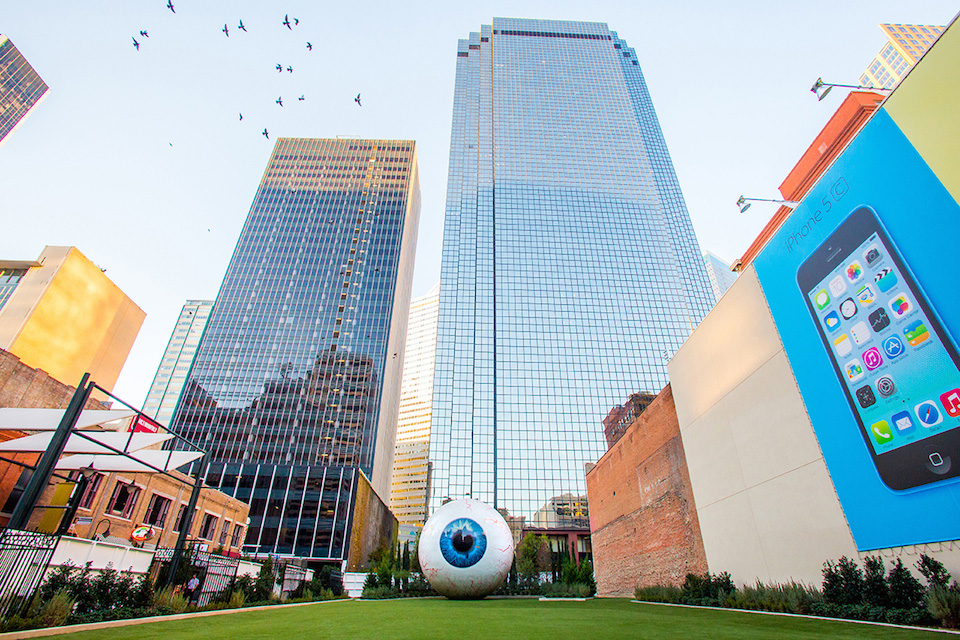 Dallas is currently undergoing a cultural renaissance thanks to the reemergence of a vibrant, diverse and spontaneous art scene. Traditionally, Texas has had a rich artistic history thanks in part to the city of Austin and perhaps most famously to Donald Judd and his development of a minimalistic Marfa utopia.
The city in the high desert of West Texas became the artistic center of Texas during the mid to late 1970s following a collaboration between Judd and the Dia Foundation that saw the decommissioned Fort DA Russell transformed into art spaces designed to present individual artist’s collections permanently. Judd had become disillusioned by the short duration of museum exhibitions, seeing these restrictions as a major stumbling block to fully understanding the work of the artist on view. Thanks to the commitment of the both the Judd and Chinati foundations, the city continues to serve as a site for artistic experimentation. Current attractions include Prada Marfa, a popup art exhibit, the Lannan Foundation Writers Residency Program and a multifunctional art space dubbed, “Ballroom Marfa.”

Alongside Marfa, Austin has also functioned as an artistic beacon in Texas. The city is home to the University of Texas, Austin’s Blanton Museum of Art – one of the largest university museums in the United States – and since 1987 has hosted South by Southwest. The festival has since developed into Austin’s cultural draw through its focus on music, film and interactive media. As a result, attendance has grown significantly and it now regularly draws crowds of over 20,000 people each March.

Bearing in mind the size, location and stature of Marfa and Austin, Dallas is still the largest economic center in Texas. What remains most interesting about the situation is that despite the economic importance of Dallas, the artistic and cultural success of both Marfa and Austin has meant that Dallas has never been so remarkably spoken about when it comes to the arts.
VIA HIGHSNOB
The Source HIGHSNOB