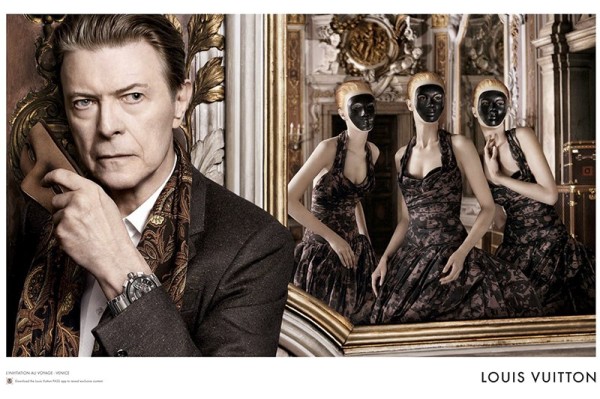 Set in Venice, the film features the famous red and white striped balloon from the earlier ‘Voyage’ advert which starred Arizona Muse, some shots of the American model herself, ornate tribal face paint, a baroque masked ball, and a few snatched glimpses of the Thin White Duke.