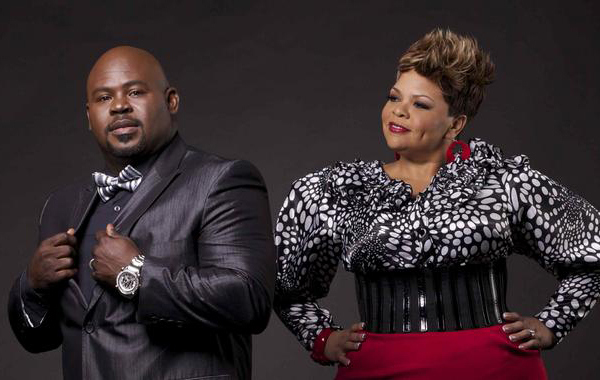 That’s it! Who wants to help me shoot a pilot for a reality show? ASAP

According to The Hollywood Reporter, BET is brewing up some more “reality tv shows” for the world to watch and pollute their brains with. The three new shows they are ordering up; one with St. Louis Rapper, Nelly; another cotton pickin Keyshia Cole show; and one I am actually looking forward to watching, a show with David and Tamela Mann.

It surprises me to see Nelly( with his fine ahh) doing reality television being that he lives a rather private life. His show will follow his moves in the fashion world (didn’t know apple bottoms was still in the making), his music career(ummmm ok), his parenting of his biological children along with his late sister’s children. Oh, all while he puts his relationship on air with Floyd Mayweather’s ex, Miss Jackson. Lawd that’s a lot, I love me some Nelly, but idk if this is a good idea for him. Le sigh.

Now Keyshia Cole on the other hand, her entire life has been out on front street for years now, from family issues to getting married and having a child with her, now ex-husband and NBA player, Daniel “Boobie” Gibson (I really wanted that to work out). BET has put in a order for six episodes to be filmed. It will show us, pretty much what’s going on in her life now, which has really just been a complete circle because her issues with her family were never really resolved. Plus, she’s a single mother now and she is putting out an album and doing a tour. I don’t think doing another reality show is a good idea for her either. Le sigh.

On the lighter side of things, Cora and Mr. Brown, who you may know from singing with Kirk Franklin or from being the stars of numerous Tyler Perry plays or their own show on TBS “Meet The Brown’s”. Well, we now get to see them as themselves, David and Tamela Mann. This show was actually in the works back in September, but I guess it fell through. That’s rather here nor there. The show will pretty much follow their celebrity lifestyle and their interactions with their adult children. I’m actually excited about this; the couple has been married for 26 years now, which I think gives them a strong foundation; so doing this reality tv thing will just be fun for them and won’t cause any type of turmoil in their relationship. So I am all for this show.

Senior VP of Original Programming, Charlie Jordan Brookins stated, “These three shows are led by talent that our audience connects with but are also very different shows. We’re excited about these new shows. What BET does is give the audience what they’ve been looking for.”