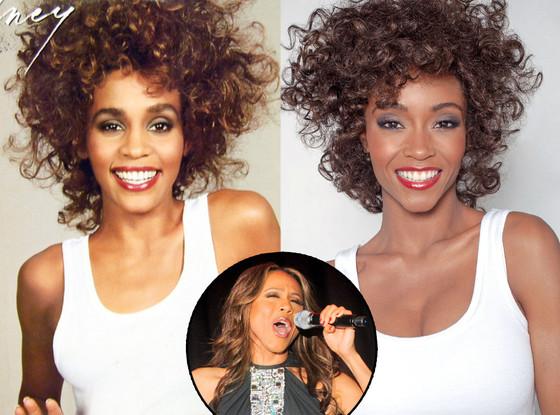 Billboard: How did you become involved?
Deborah Cox: Angela, who is a friend, approached me about singing a few songs. She and I — along with [songwriter/producer] Dick Rudolph, who is also closely supervising the music — went into the studio to record “Greatest Love of All,” “I Will Always Love You,” “I’m Every Woman” and “I’m Your Baby Tonight” strictly for the film. There is no soundtrack. Obviously, the best-case scenario would be to use Whitney’s voice. But we’re all very passionate about telling Whitney’s story with integrity and very sensitive to all the talk. It’s been a complete honor to do this.

What will fans hear in your rendering of those songs?
The key was to sing in a tone as close to Whitney’s as possible, purely from the heart. None of Deborah Cox seeped into the performances. I have a little more of a cry in my tone when I sing certain things; her tone is round and warm. It was about creating the essence of her. I still haven’t read the script. Angela would tell me what was happening in a particular scene, so I sang with the spirit of that in mind. She was directing me in the studio, which was cool. I was very unbiased. I didn’t have any preconceptions.

You recorded the 2000 single “Same Script, Different Cast” with Houston. What would she say about your role in this biopic?
“Go on, girl!” She was always that kind of motivator when working with her in the studio. Doing that single was a dream come true. She loved singing with other singers; there’s a great exchange and camaraderie that can happen. We laughed and had fun telling stories about the business. And I heeded a lot of her advice like have children and don’t miss out on personal things. I was honored to have those quiet moments with her. I always say I came from the School of Whitney Houston. Her style helped me understand the kind of artist I wanted to be.

In addition to your R&B and pop success, you’ve charted 12 No. 1s on Billboard’s Hot Dance Club Play chart.
It’s been an amazing ride with dance taking off over the years. Both my No. 1’s, “We Can’t Be Friends” and “Nobody’s Supposed to Be Here,” were a springboard for everything, allowing me to do a number of different projects. It’s all about longevity in this business, which is hard to come by. It’s all in the song. And I’ve had the opportunity to work with great songwriters and producers.

When can fans expect a new album?
I’m looking for that to happen in 2015 through Primary Wave/BMG. Hopefully, I’ll have a new song out by the end of this year. I’m really focusing on well-penned songs … something I can really sink my teeth into. I love melodies and great stories in sync with what’s going on in my life.

An edited version of this article first appeared in the Aug. 30 issue of Billboard.