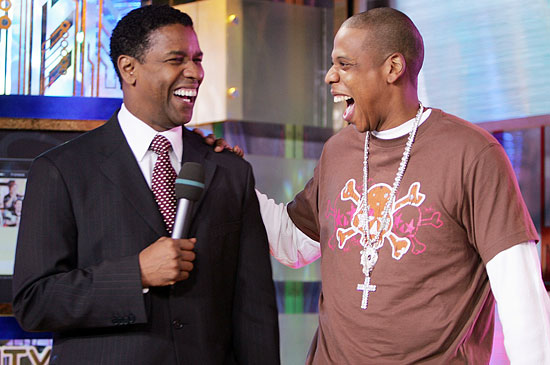 Denzel Washington took part of Reddit AMA (Ask Me Anything) series. He was asked tons of questions after his films, marriage, pizza, and more. One question was about how Eminem created a new song for a Denzel movie and the fan asked if the actor knew the rapper’s music. Denzel responded with, “Eminem, yes, and I like Nas, and Jay Z. Eminem and Nas are real wordsmiths. So yes, I’m DEFINITELY an Eminem fan. Where’s he been? Where you been Eminem?”

Where there you have it!

Previous « Victor Cruz Talks Fashion and Football in Mr.Porter’s ‘The Journal’
Next Beyonce & Jay Z Head To Italy For Her Birthday (Photos) »