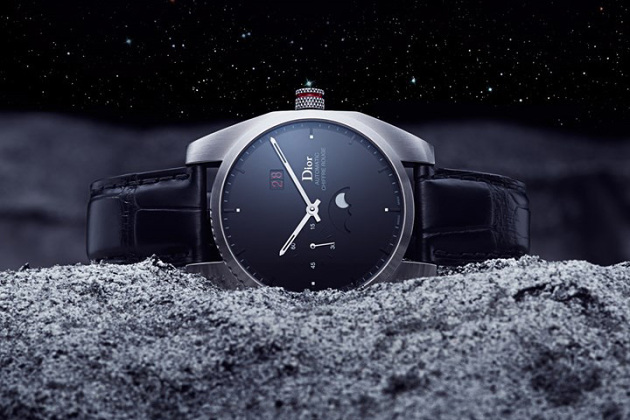 The fashion world and more serious watch world have always had a difficult relationship. Only a very few brands have actually managed to be taken a little serious in the watch world, because a good watch is not supposed to be fashionable, but timeless. Ralph Lauren and Dior are among the few that have managed to bridge the two rather well. With the release of the Chiffre Rouge watch in 2004, the French brand has had a serious contender in the sporty luxury watch market. The most interesting new version of the watch is the Dior Chiffre Rouge C03 Moonphase. A nice and minimalist design, featuring a brushed steel case, leather crocodile strap and a beautiful moonphase indication. We are usually not big fans of the moonphase complication, mostly because of the look, but Dior actually managed to give it a modern look. The chronograph is powered by a Zenith Elite movement. Limited to only 100 pieces globally, the watch goes for £5,990.