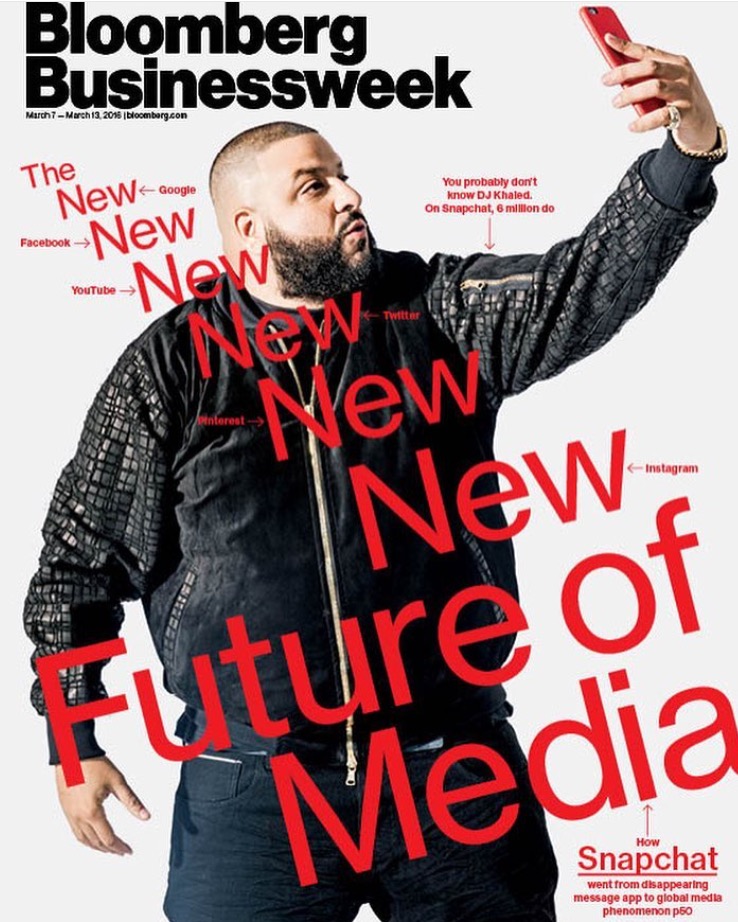 DJ Khaled’s Snapchat success has raised more than a few eyebrows, even garnering the media attention of Bloomberg Businessweek. The weekly magazine profiled the 40-year-old producer, giving him a March cover appearance and write-up discussing how he’s used the platform’s social applications to build a federation of devotees

The physical copy of Bloomberg Businessweek‘s March 7-13 issue is on stands now, but a digital transcript of DJ Khaled’s story can be read here.