DJ Khaled Proposes To Nicki Minaj On MTV:::Reports Say She Placed A Restraining Order Soon After 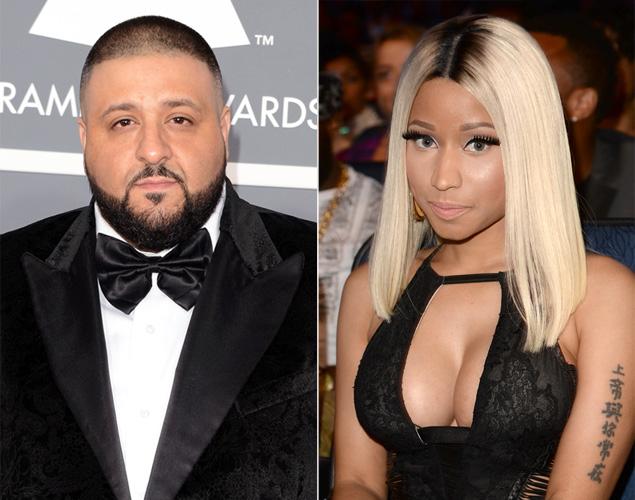 Friday DJ Khaled decided to go on MTV and profess his love to Nicki Minaj and propose to her on National Television.

“I’m gonna be honest with you. I want to marry you. … We got the same  symptoms. We both suffer from success.”

It has been noted that “Suffering from Success” is the name of DJ  Khaled’s upcoming album, which does feature an as-yet-unnamed collaboration with  Minaj, so this could just be a publicity stunt to draw attention to that.

“I was serious,” Khaled assured US Weekly, at an event Friday night. “She can take  her time and think about it. At least she knows how I feel now.”

Another reason Minaj probably hasn’t accepted his marriage proposal is that  she was recently spotted with a huge ring from another man on her left hand. Hmmm I wonder who that could be from.

Check out the proposal:

Nicki hasn’t responded yet but reports are circulating that she has placed a restraining order out on Khaled since the proposal.

However, Khaled says the new reports that she filed a restraining order against him are  not true.

“Y’all know better than that they don’t put restraining orders on bosses,”  Khaled, tweeted on Sunday.

The New York Police Department also confirmed to gossip website HollywoodLife.com that no legal action has been taken  against the hit producer from Minaj’s camp.