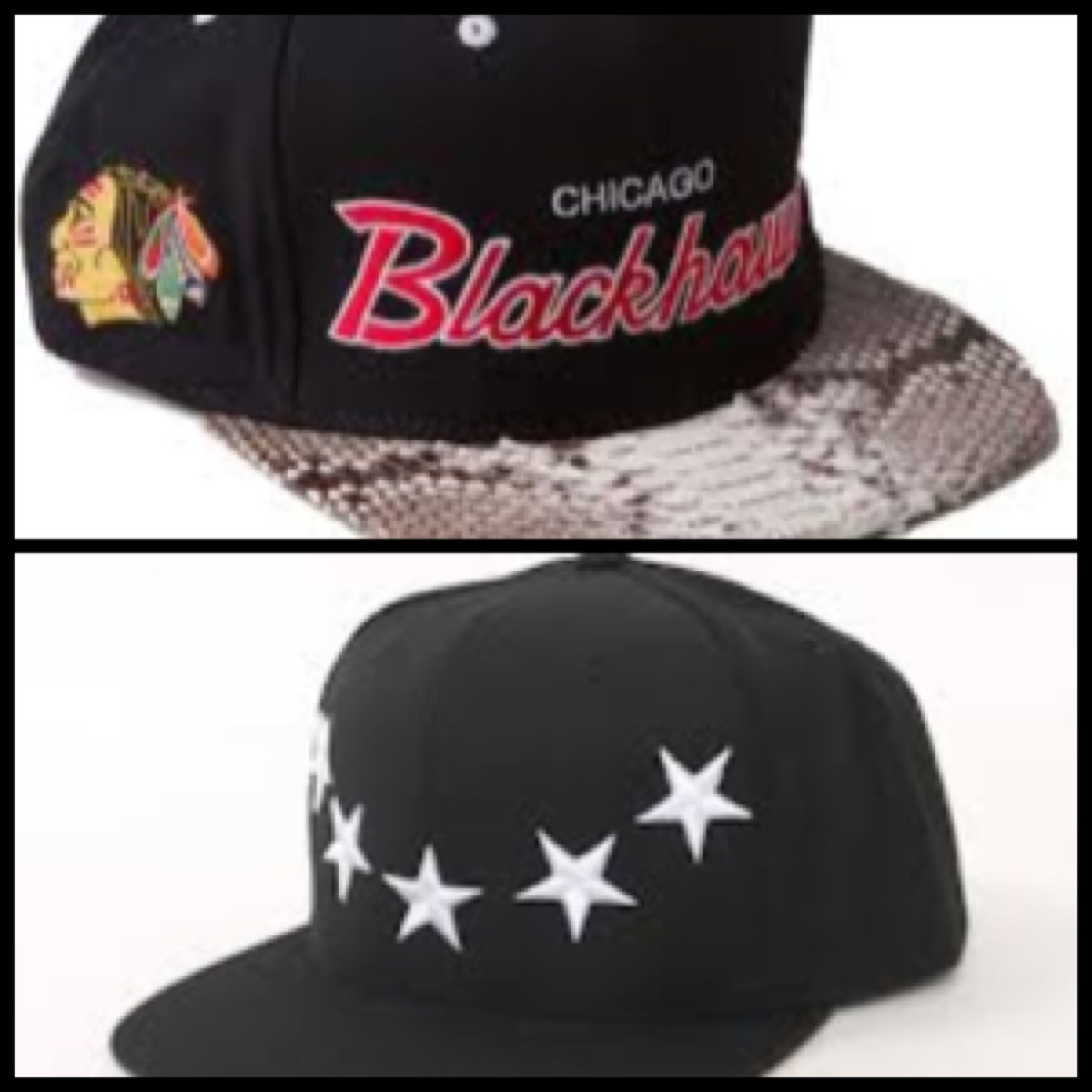 Its been a good year for hats in general. For a while it seemed as if snapbacks was becoming too over saturated, and a change was needed in my opinion. But what I feel saved all this was the introduction of Don C’s Just Don leather snakeskin snapback hats. They gave the game life again and separated itself from the norm.  And what he did by introducing his customized pieces of work x Mitchell & Ness was breathe new life into designers to step out the box and create their own flavor to add to a basic snapback. You started to see designers adding their own twist like leather prints or aztec patterns to brims, Even a staple hat brand like New Era found their self catering to the new trend adding different designs to the brims of teams hats. Now with this new trend spun off a newer trend in snapbacks that imitated the high fashion brands like Hermes, Balmain, and Givenchy. The man responsible for this was designer and internet King 40_Oz Van. He saw a lane and took it and now his Luxury Inspired hats are everywhere and still growing in popularity for the people late to the party.

The difference between the two are they designs are different and the price range is significantly different. But what makes them alike is the polarity amongst hat collectors and celebrities and also the hard accessibility to obtaining either of these hats. 40_Oz Van hats are way cheaper usually only about $30-$45 but what he does is create a small limited amount for each new design and he only sales them for a 12 hour period on his website 40ozny.com. Don C on the other hand his hats can be found at plenty of stores and on several websites rsvpgallery.com is best to check out though, his hats price range begin at about $400+ so at that price many people aren’t buying these hats at a steady pace.

The hat world need both of these designers to breathe life back into it. Im looking forward to this new year and whats to come from both Don C and 40_Oz Van. also besides their dope ass hats they both also have some dope instagrams to follow so make sure you follow 40_OZVan and GivenchyDonC on IG. And if you don’t have one of these hats yet I wish you all luck obtaining you one because they are truly a must have in the Yoey’s Cart!