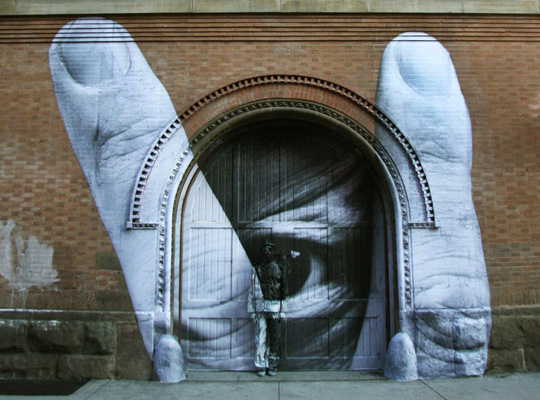 In a pretty interesting get together, French artist JR has teamed up with Chinese artist Liu Bolin on a collaborative artwork in New York City. JR is known for his beautiful large scale works around the globe, while Liu Bolin is known for making himself disappear or make invisible on interesting backgrounds. Not long ago, we reported about Liu Bolin working with fashion designers Gaultier, Elbaz and others.

First the French artist wheat-pasted up a photo mural of Liu and now, we get to see the Chinese artist return the favor and camouflage JR into his own art with his signature touch. Bolin had to paint JR’s entire body, including the face to make it work. The outcome is beautiful and the team-up is a match made in heaven. 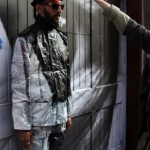 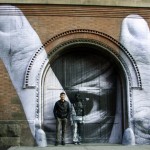 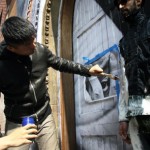