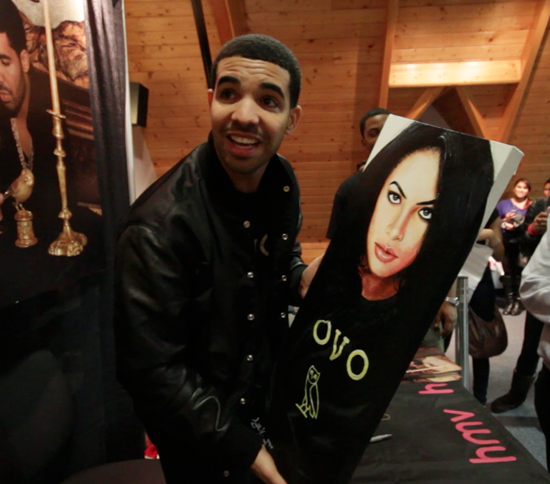 Drake raps: “Bothers me when you got to play therapist, that sh-t’s embarrassin’/They even bring up these n**gas in comparison/They just got to forgive me, this watch is a 150/Still aint got the time for a b**ch to be acting iffy.”

Drake also raps “Selling under 150 you N**gas got to be kidding”. Fans took this as a direct diss to Chris Brown as his latest album “Fortune” sold only 135,000 copies last month, according to MTV. Drakes album “Take Care” sold 600,000 copies, it was his sophomore release.

Seems like the Chris Brown and Drake “beef” is getting more attention than the Drake and Aaliyah collaboration. This collaboration that was supposed to be homage paid to the late singer by Drake for the 10th anniversary of her death.

What do you think?

Previous « The New Gucci Premiere Fragrance Commercial
Next Would You Eat A $500 Sushi Platter Off A Model’s Body? »