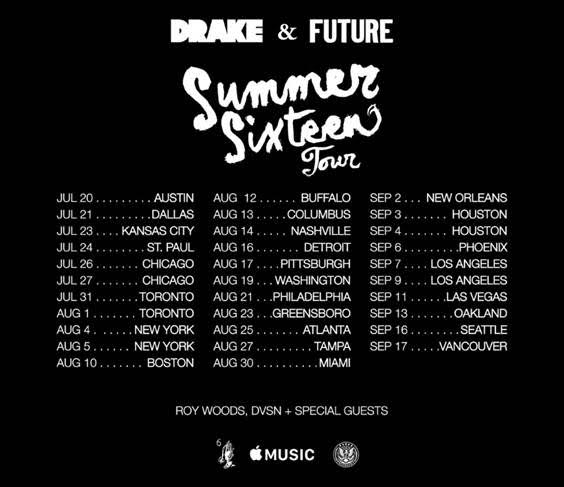 The Views From the 6 wait is almost over, and a full tour is officially coming. After the news broke Sunday, Drake confirmed the “Summer Sixteen Tour” with Future early this morning. The announcement came on the heels of the Toronto native releasing the cover of his highly anticipated Views From the 6, due out this Friday, April 29th. Drake tickets to the Summer Sixteen Tour will also go on sale the 29th, according to Drake’s Instagram and Twitter posts.