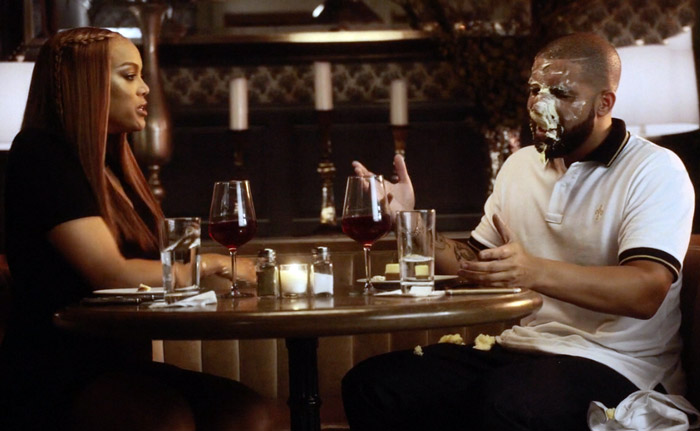 New Short Film: Drake’s “Child’s Play”   Just when you think Drake has reached the heights of his mega-stardom, think again. Over the weekend, Drake released a short film entitled “Child’s Play,” named after the track of the same name on his latest album Views.

The 12 minute short personifies the lyrics to the first verse of the song where Drake is shown dining at Cheesecake Factory with Tyra Banks portraying his girlfriend. An argument ensues and Tyra smashes cheesecake in Drake face before walking out.

The next and final scene is located Houston, Texas, which comes to no surprise as Drake holds H-Town near and dear. At Houston’s V-Live Gentlemen’s Club we see hilarious dialogue between OVO’s OB and the club’s dancers before they take the stage and bask in all of the glories of the lifestyle.   The great cinematography was provided by Drake along with film maker Spiff TV. Child’s Play marks the second music video/short film Drake has released in his career. In Early 2015, “Jungle” came to visually aid the surprise album If You’re Reading This, It’s Too Late.