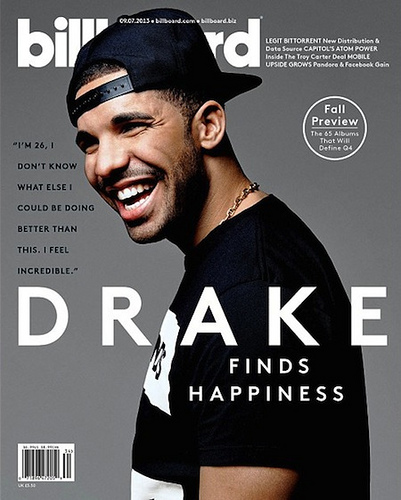 The angle of this Billboard cover story, entitled “Drake Finds Happiness,” appears to focus on the fact that he’s having a pretty good time. Compare it with the morose Take Care cover, at least, and you get a sense that nothing is the same. Everyone has to switch it up at some point. In a sea of frowny rap guys trying to look as hard, rich, or as smart as possible on their respective covers, Aubrey is kind of a breath of fresh air. He did, however, go for the pensive look on his recent XXL cover. What he should do is assume a different expression for each cover that he does in anticipation for NWTS season, because as we all know, no one likes to make fun of Drake more than Drake.