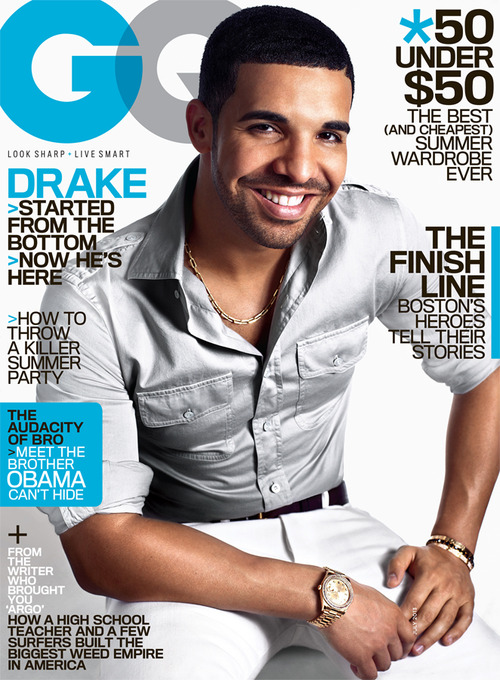 On Nothing Was The Same:
“This is my fucking moment to say if I wanted to rap all the time, really rap, I would, but I also love to make music. I’ll do this for you right now. But it’s for me, too. It’s my story…I’m trying to get back to that kid in the basement. To say what he has to say. And I’m trying to make it last.”

And if you’re curious to when Nothing Was The Same is dropping, Drake says “I ain’t gonna lie: I want to be the one you listen to all summer.”

On Chris Brown drama:
“I hear he has everything he could want now. I don’t want my name to be synonymous with that guy’s name. I really don’t. I wish we could sit down just like you and me are right now, and talk it out man-to-man. But that’s not going to happen. I’m not confrontational, but if someone challenges, I’m not going to back down. If I think about it too much, I feel it wrapping around my foot, like I get a feeling it could end really badly…Like, it gets really dark.”