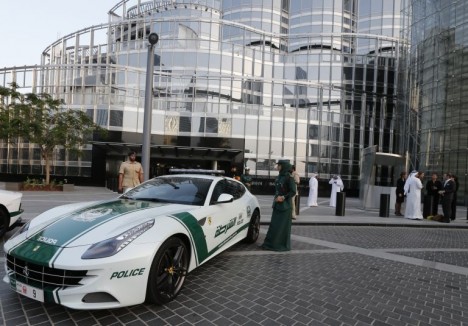 Dubai police on Thursday showed off a new Ferrari they will use to patrol the city state, hot on the heels of a Lamborghini which joined the fleet earlier.

The car sporting the green and white of Dubai police was unveiled at the foot of the Burj Khalifa, the world’s tallest building. It will be used by women police to patrol tourist areas.

The introduction of luxury Italian cars to the police force is being seen as a sign of economic recovery in the Gulf emirate where a housing bubble burst in 2008.