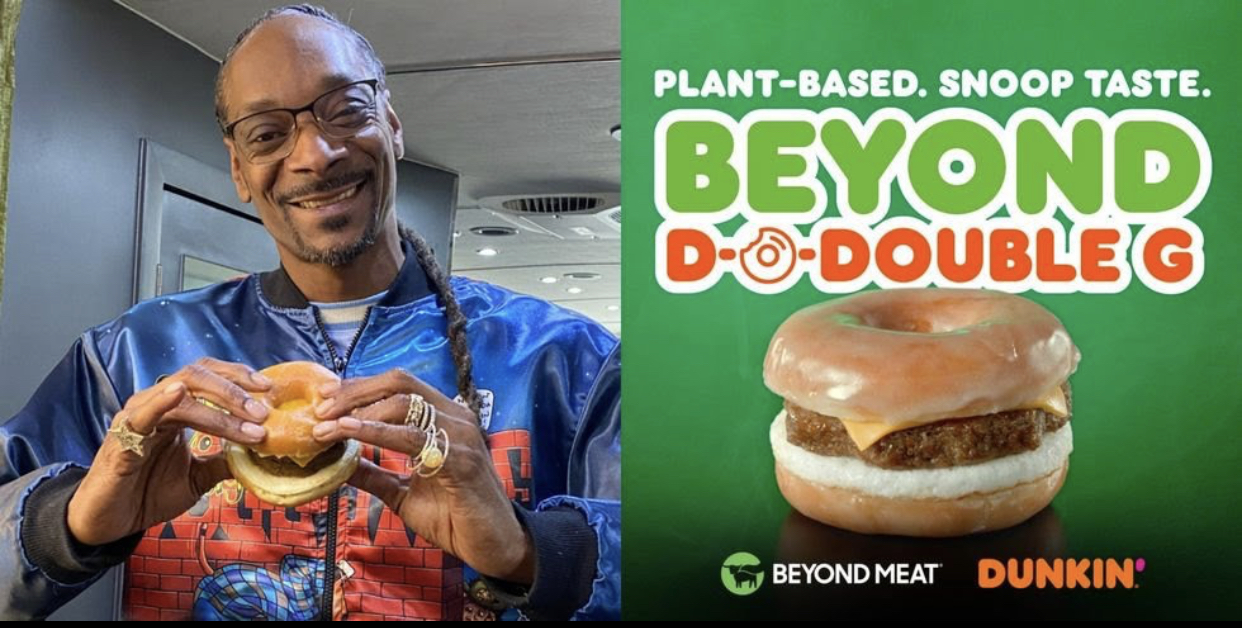 Dunkin’ Donuts releases Snoop Dogg breakfast sandwich. The Dunkin’ investor and ambassador teamed up with the donuts company to launch his very own breakfast sandwiche on Monday (Jan. 13), deemed the “Beyond D-O-Double-G.” The name stems from the use of Dunkin’s Beyond Sausage patties, which are a meatless alternative. The “Beyond D-O-Double-G” stacks the patty with egg and cheese in between a sliced glazed donut.

“Every dogg has his day, and now this dogg is getting his own donut sandwich,” Uncle Snoop wrote of the collab on Instagram. “Introducing the Beyond D-O-DOUBLE G.”

The press release also noted that the sandwich was “inspired by Snoop Dogg’s passion for plant-based protein.” The “Beyond D-O-Double-G” will be available through Sunday (Jan. 19).

Also arriving to the donut shop will be Snoop Dogg-collaborated merch. The Beyond Collection by Dunkin’ x Snoop will offer a limited-edition capsule, which will include a green tracksuit, joggers, bomber jackets, sweatshirts, t-shirts and beanies. According to the Dunkin’ news release, the apparel pop-up will debut later this month.