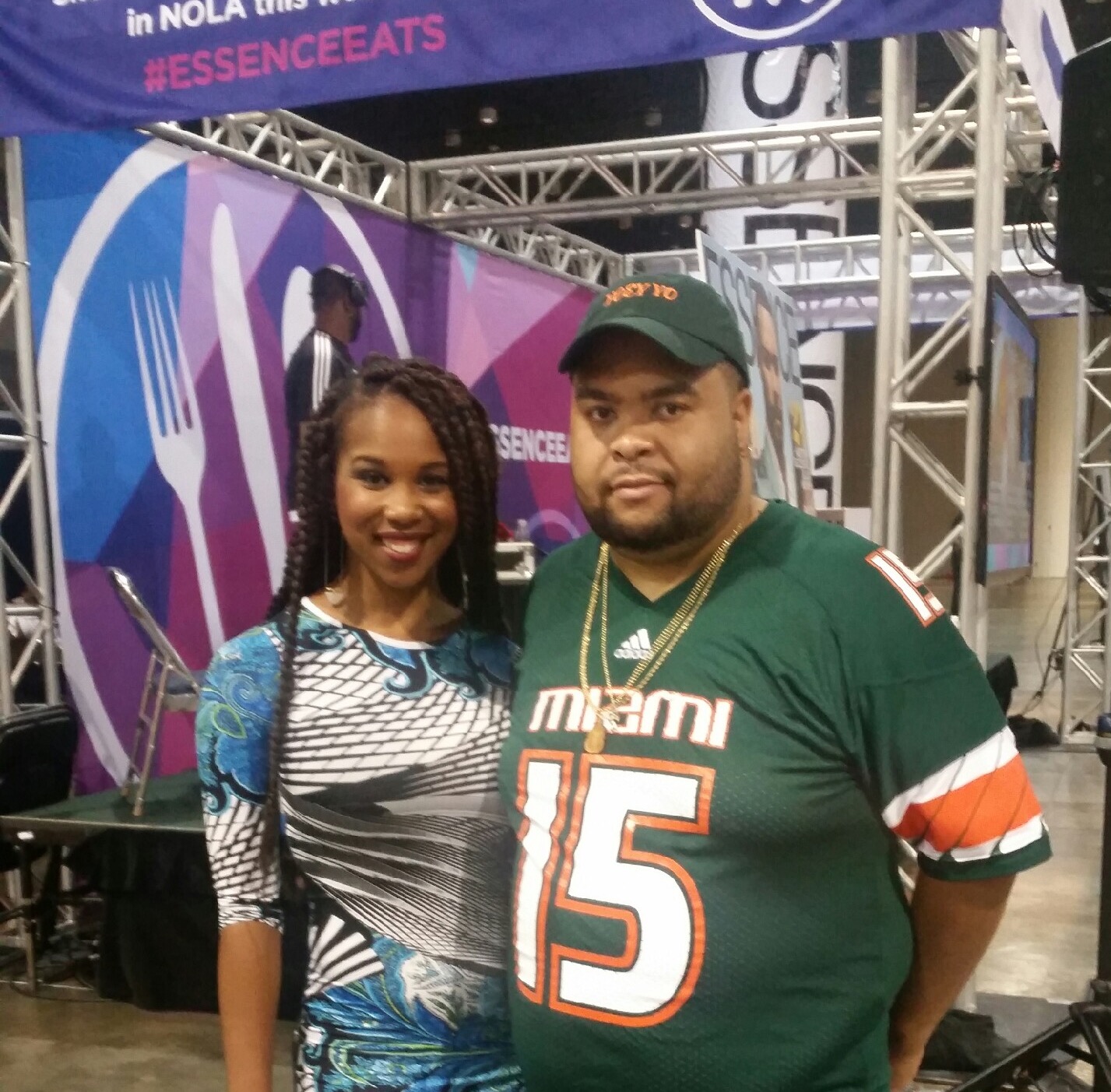 On Saturday (7/2) day 2 of Essence empowerment sessions at New Orleans Convention Center Young Yoey of Myhellofalife.Com along with PR professional Melvin Cordier walked around and took in the sights of the joyous crowd. Essence Eats stage hosted by local personality Nicole Collins was a popular stage through out the morning/afternoon featuring local chefs like @chefjones504 showed off they culinary skills in front of on-lookers.

A couple celebrities and famous authors and entrepreneurs we’re on hand through the building as fans rushed to get a glimpse to say hi and take pictures. A huge crowd pleaser at the Ford set up was the cast of Starz Power starring Omari Hardwick. Also Maxwell came out on the Ford stage almost causing a stampede!

Hundreds of food vendors and merchandise vendors were on hand from African style arts and crafts to local NOLA flavored food. There was literally something for everyone. Among one of the favorites were BBQ Rib sandwiches and Shrimp & Grits was severed by plenty booths.

Later on before leaving the event we spotted singer/song writer Ne-Yo being interviewed by Essence inside the media center.

Essence put on this free 3 day event inside the convention center every year if you have never been it’s something you should definitely consider next year. Plenty things to do and see for the entire family.