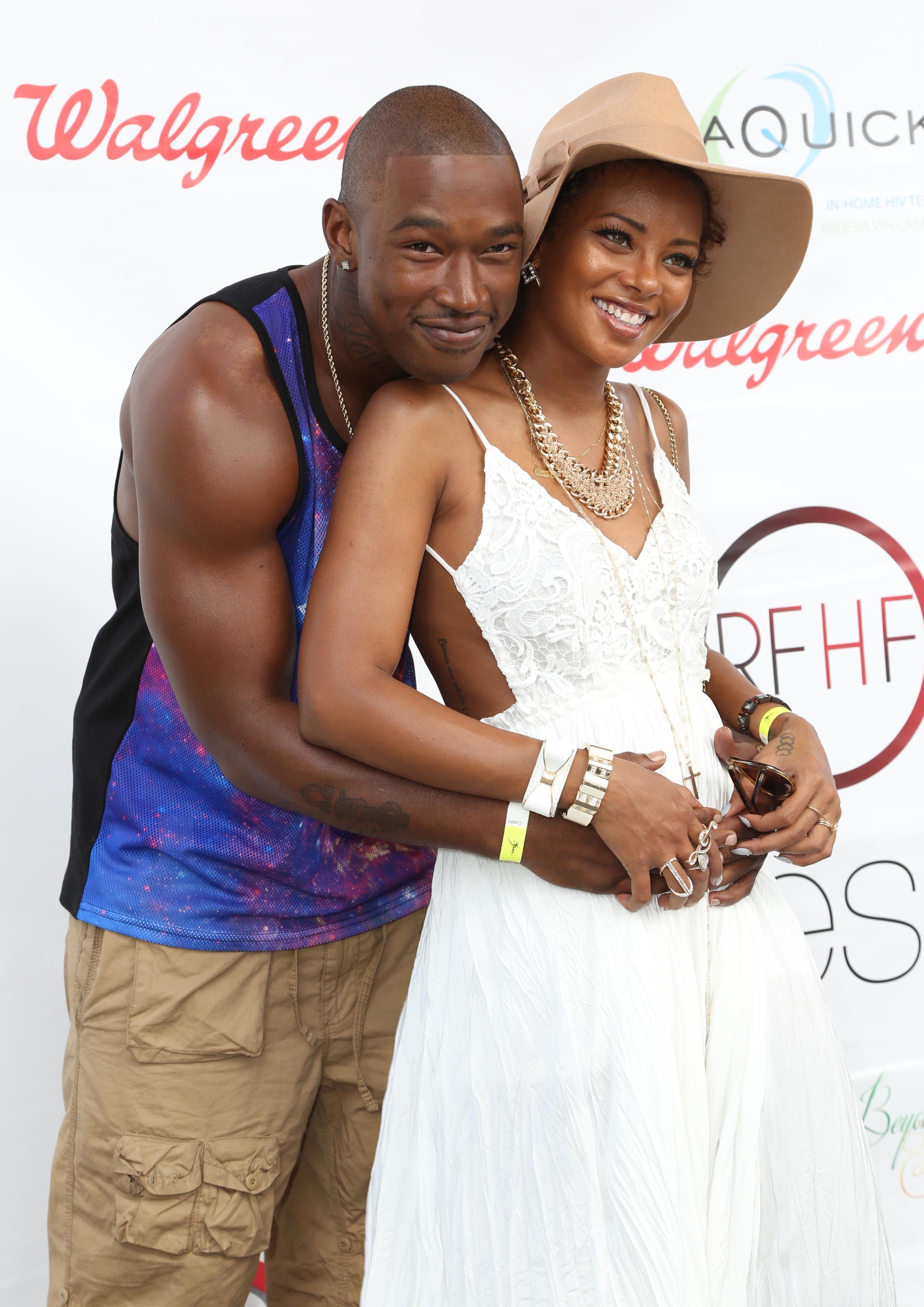 Eva Marcille and Kevin McCall has definitely become one of my favorite celebrity couples. They just look so in love, hopefully they don’t do a reality show. I’ve seen how those couples end up. #IJS

Last week, Eva Marcille announced that she and her longtime boo Kevin McCall are expecting their first child together. The news came as a big surprise fans, but during a recent interview with Hip Hollywood, our favorite “Top Model” star said she was shocked to find out about her pregnancy as well!

“It was a surprise to us,” she revealed. “Everybody [was shocked]. I mean, all of my friends. I haven’t told anyone, so everyone sort of found out altogether last week.”

The 26-year-old said she kept the announcement under wraps “because you just don’t know whatever’s going to happen.”

“I think I’ve been keeping it under wraps for so long that when it hit the fan it was like, ‘AHHH!’” she said.

Although the mom-to-be is not revealing the sex of the baby, she did share details about the nursery decorations.

“There will be a lot of rockstars on the walls of the nursery,” she dished.

Eva went on to say that her baby daddy is experiencing pregnancy changes as well. ”He’s definitely pregnant, but he’s not getting fat! That’s the only problem,” she said, laughing.

“You know how they say that when the woman gets pregnant, the guy gets pregnant too? He has all of the symptoms! He sleeps all day – granted, he’ll work all night – but he’s exhausted during the day, and he eats my pickles and some of the weirdest things ever,” she shared.

During an interview with People that same night, she described the experience as “more than just a dream.”

“To see your stomach get bigger, to feel this leg kick inside of you, and then to see the baby, it’s like, ‘Whoa!’ There’s really a baby in there,” she said.