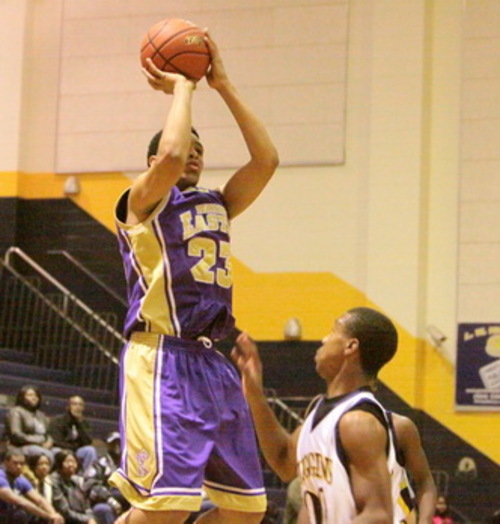 Everyday a star is born and Eric Weary Jr may just be the next big one hailing from New Orleans. Eric is a 6’5 freshman guard for New Mexico State, who’s looking forward to playing this up coming season in the WAC (Western Athletic Conference). After red shirting last year and having the chance to be a part of the Aggies while they made it to the first round of the NCAA Division I Men’s Basketball Tournament, Eric now looks to put his imprint on the game.

After looking at Eric play on film I must say, this guy is something special and has the potential to one day wear a NBA uniform. With having Kobe as one of the ball players that truly inspired him, Mr.Weary most definitely seemed to be capable of having that “killer instinct”. While playing for Warren Easton Charter High School in New Orleans, La. as a senior, he averaged 25.3 points per game for the Eagles, a mark that led the New Orleans metro area. The homie GETS BUCKETS…….

Here is some Q&A from me and the rising star……

Who is your favorite basketball player of all time?
Eric:Mike Jordan definitely, but right now its Kobe Bean Brynt till he retires

WHo would you best describe your game to?
Eric: That of a Nick Young, just pull up and pop from anywhere

How is life in Las Cruces?
Eric:Life is good, I’m doing well in school and have adjusted to college very well. I miss the city of New Orleans and family and friends, however I’m focused out here.

Who are your favorited Hip-Hop artist?Eric:Lil Wayne, Curren$y, Wiz

What were the last pair of sneakers bought?
Eric:Some Jordans and a pair of Galaxy Dunks

Are you into fashion at all?Eric:I’m into the street wear like Diamond Supply but I also rock my YSL tees and what not.

What is your major?
Eric:Business Management….