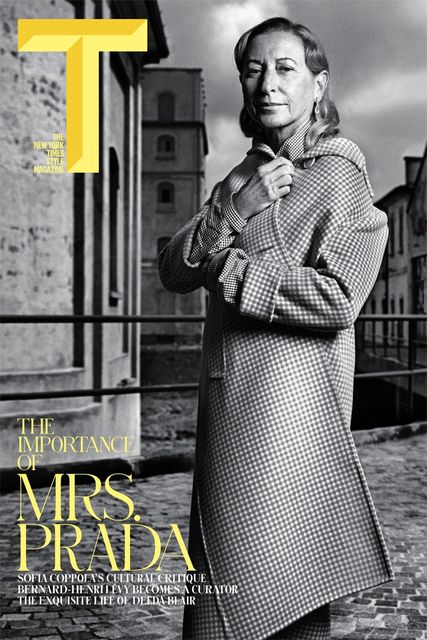 “When I started, fashion was the worst place to be if you were a leftist feminist. It was horrid. I had a prejudice, yes, I always had a problem with it,” says Prada. As both a feminist and, as writer Andrew O’Hagan writes,”unreconstructed socialist,” she’s always had an inclination towards politics, and says she even feels guilty for not working as a more traditional activist. That’s why she considers it a personal responsibility to enact cultural change through the power of fashion, to an extent. “I’m not interested in the silhouette and I’m not able to draw. It’s complicated. I am trying to work out which images of the female I want to analyze. I’m not really interested in clothes or style,” she explains.