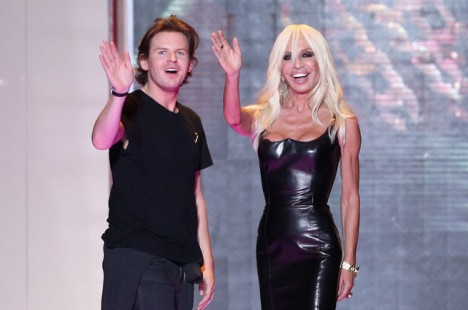 Christopher Kane is to leave Versus, the Versace line he has designed since 2009, as the company looks to reposition the brand.

Co-branding, limited editions and capsule collections will be offered through a flagship digital store and retail shops, an unusual step in the high-end fashion world.

“Digital is the new, key word that describes the Versus tribe. Versus is the young heart, soul and spirit of Versace,” announced the brand Monday.

The word from Versace is that Kane is leaving to “focus on the development of his own line,” the London-based Christopher Kane label he established with his sister Tammy in 2006.

Press reports including France’s Nouvel Observateur and New York magazine have linked the Scot with the Balenciaga job, but there has been no official announcement.

In 2010 Kane won the prestigious Vogue Fashion fund, and was awarded £200,000 to invest in the business as well as a bespoke mentoring support program.