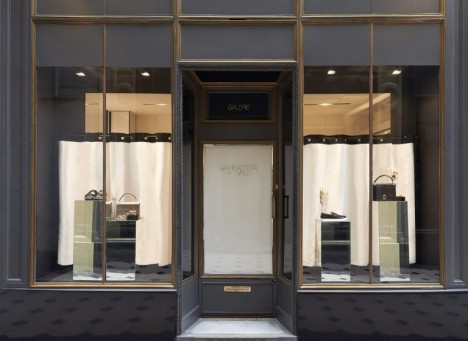 Giambattista Valli has had a major start to the week, showing a porcelain-inspired, floral haute couture collection to rave reviews in Paris. Now, to add to the excitement, the designer is opening a new luxury boutique for his luxury accessories.

Situated opposite the main store (Valli opened his first Paris boutique back in 2010, on 30 rue Boissy d’Anglas) the space is dedicated to the most luxurious and exclusive shoes, bags and jewelry from his collections, and is set to open in July.

Limited edition items have been created especially for the store, including a version of the recently launched ‘Valli’ bag, the ‘pretty ugly’ Birkenstock-inspired sandals in crocodile, and a special jewelry collection designed by Luigi Scialanga, who has produced all of Valli’s fine jewelry since the house was first launched in 2005.

Valli debuted his first haute couture collection in July 2011 and has become a major name on the schedule, regularly dressing fashionistas and celebrities like Diane Kruger and Natalia Vodianova for the red carpet.