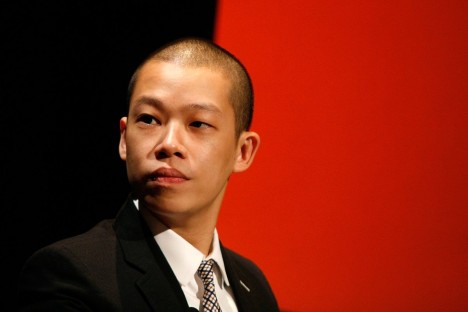 “I have long been a fan of Hugo Boss’ vast tradition and lineage in extraordinary tailoring. With the state-of-the-art facilities that are unique to the Hugo Boss design labs, I plan to develop a strong, feminine womenswear collection that reciprocates the brand’s authority in menswear,” said Wu.

“We are absolutely delighted to have an outstanding talent like Jason Wu on board,” Hugo Boss CEO Claus Dietrich Lahrs said in a statement picked up by Vogue.

“This will generate a powerful and creative statement for Boss Womenswear and show our commitment to focus even more on the female side of the brand.”

Born in Taipei, Jason Wu moved to Vancouver, Canada as a child before studying fashion design at the famous Parsons school in New York City.

Launching his own womenswear line in 2007, Wu quickly became known for his classic evening dresses which won legions of celebrity fans. Most influential of all, perhaps, is First Lady Michelle Obama, who picked his designs to wear at her husband’s presidential inaugurations in 2009 and 2013.

Wu is set to take care of all the women’s ready-to-wear, shoes and accessories, and his first work for Hugo Boss will appear in the pre-fall 2014 looks.

We’ll have to wait until New York Fashion Week in February to see his runway debut for the label with the Fall-Winter 2014 show.

The designer will continue to work on his own collections under the Jason Wu label, which is based in New York City. Hugo Boss is set to open a new design studio in the Big Apple to work in parallel with the label’s teams in Metzingen, Germany.