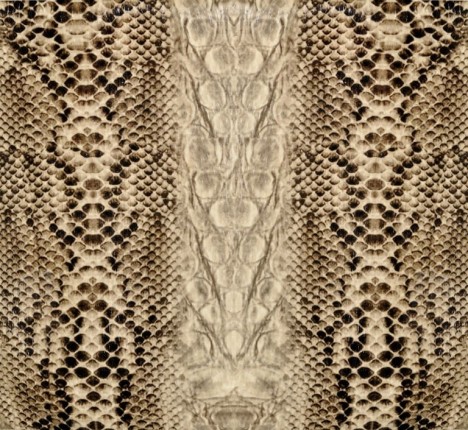 Europe’s love of snakeskin fashion items could threaten the very survival of pythons, according to a report published Tuesday.

Nearly a half million python skins are exported each year — almost exclusively for use in European fashion — in a massive market with a legal value of more than $1.0 billion, according to the study “Trade in South-East Asian Python Skins.”

Many of the skins end up as designer handbags, belts, wallets and other accessories. Italy, Germany and France are the biggest importers, while most of the skins come from Indonesia, Malaysia and Vietnam.

The trade of python products is closely controlled by CITES, a UN-linked organisation charged with protecting the endangered species and other animals whose numbers are dwindling.

“Problems of illegality persist in the trade in python skins and … this can threaten the species’ survival,” Alexander Kasterine of the UN-linked International Trade Centre said in the report.

With supply chains often murky, a huge part of the snakeskin trade may be illegal and unsustainable, said the study, also backed by the International Union for the Conservation of Nature and the wildlife trade monitoring network TRAFFIC.

Large numbers of wild pythons are slaughtered before they can reproduce, the report found, warning that many skins supposedly from captive-bred snakes were likely poached from the wild.

A lack of oversight meant quotas were easily ignored and illegal skins were being smuggled into shipments of legal items, it found.

The European fashion industry accounts for 96 percent of the value of the trade. It should push for more transparency in the supply chain, the study said, calling for a “traceability system” so consumers would know if their snakeskin product is from a legitimate source.