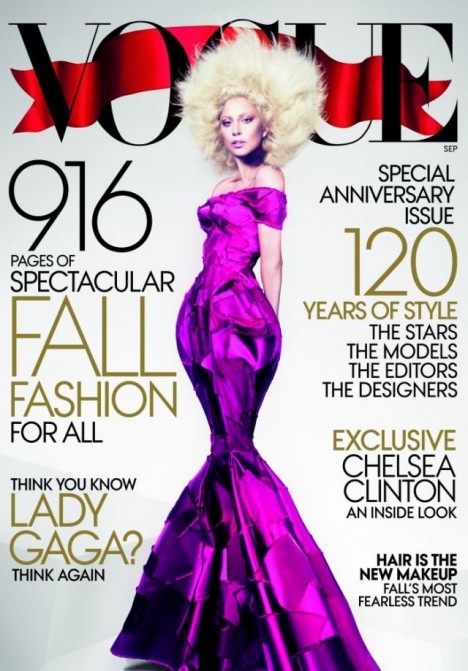 Pop Icon Lady Gaga Covers the 120th Anniversary of the magazine, it will available nation wide on August 21..

“It is our biggest issue ever,” a Vogue spokeswoman told AFP, although the fact is not trumpeted on a cover that promises “916 pages of spectacular fall fashion for all.”

The September 2007 issue, with “840 pages of fearless fashion … Our Biggest Issue Ever,” was the focal point of director R.J. Cutler’s 2009 fly-on-the-wall film documentary “The September Issue.”