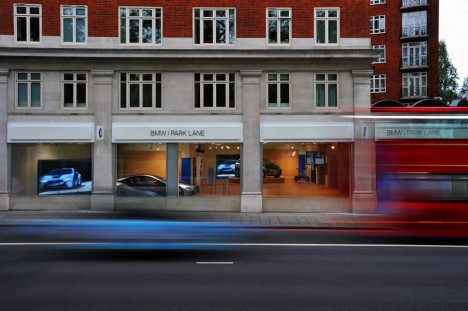 BMW offered a preview Wednesday of what would be on offer at its first i Store. The London space is designed to be a showroom for the carmaker’s new premium brand BMW i, based around electric and hybrid engines..In the spotlight are electric concept cars like the BMW i3 urban design and the i8 sedan, as well as BMW iPedelec, an electric bicycle concept.

The BMW i3 is the first totally electric car conceived by BMW. Designed to be used in an urban environment, the model is also unique in its use of interior space, which provides an impression of openness and is based around sustainable materials..The airiness of the car design is enhanced by the fact that much of the electric technology is largely out of sight in the lower portion of the vehicle.

The BMW i8 has a sportier design and is not purely electric but rather an extended range hybrid with a three-cylinder gasoline engine that takes over when the battery on the electric engine is drained..Also exhibited at the i Store is BMW’s electric bicycle concept, i Pedelec, constructed in aluminium and carbon fiber. Able to reach speeds of 25 km/h, the bicycle will have a 40 km range and a battery that can be totally charged in four hours. 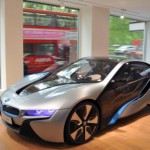 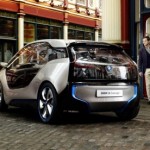 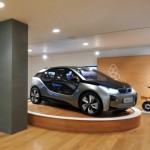 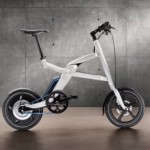 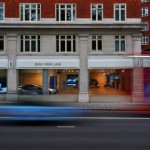 Last month BMW debuted another unique car retailing environment with the opening of its Paris showroom, a site which hosts the brand’s most luxurious models in addition to concept cars and models on loan from the BMW museum in Munich.