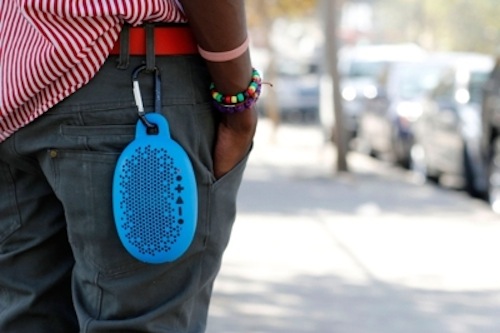 The speaker is made from a durable plastic that is covered in a replaceable rubber cover that protects it from the elements. Not only is the unit water resistant, it’s also shock resistant and dustproof; so take it literally anywhere. The BOOM Urchin can be hooked up a number of ways, including bluetooth or auxiliary jack; as well as letting you answer calls via speakerphone, and control both the tracks and the volume of your connected device. It also comes with some handy tools for hanging it in your shower, or a number of other locals. The speaker will run for nearly 10 hours without having to be recharged, giving you plenty of time to do what you got to do with plenty of sounds. Dope right? Head over to BOOM and grab one today!