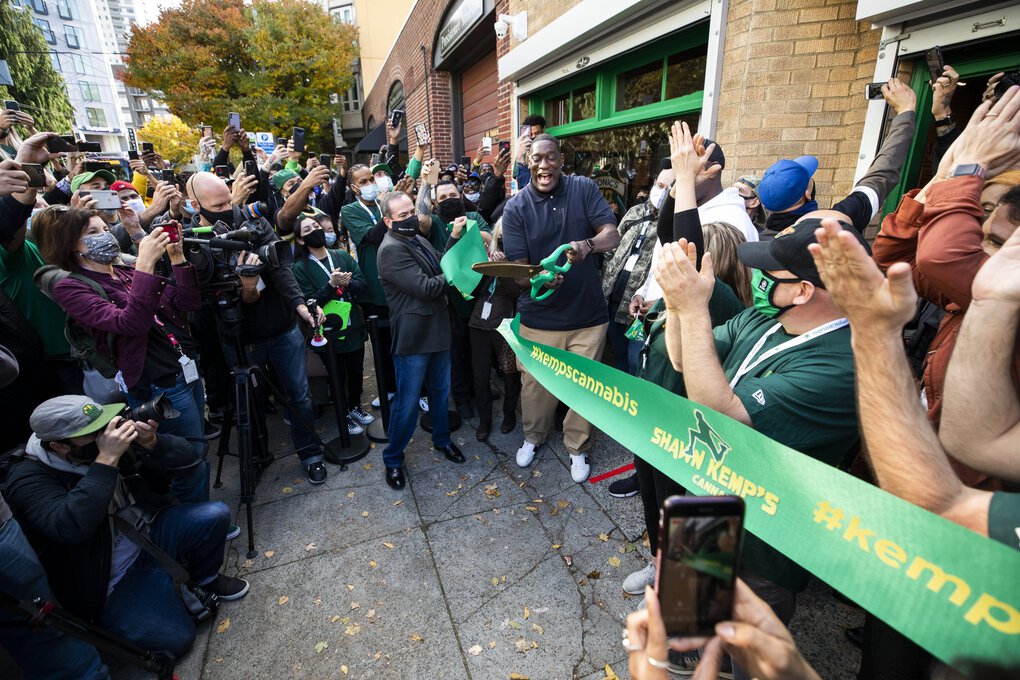 Although Shawn Kemp never won slam dunk contest he was a force to reckoned with Kemp competed in four NBA Slam Dunk contests in his first five NBA seasons. Kemp also was a six-time All-Star and three-time All-NBA pick, and made the finals twice.

Now he embarks on new business venture with former team-mate Gary Payton by his side.  Shawn Kemp’s Cannabis store has been launched. Shawn Kemp holds a special place for Seattle in his heart so he was eager to open new business in the area.

“This is why we had to be here and why I keep coming back here,” Kemp said as he surveyed a somewhat socially distanced crowd of hundreds that stretched down First Avenue. “Seattle has always supported me and shown me love.”– Shawn Kemp