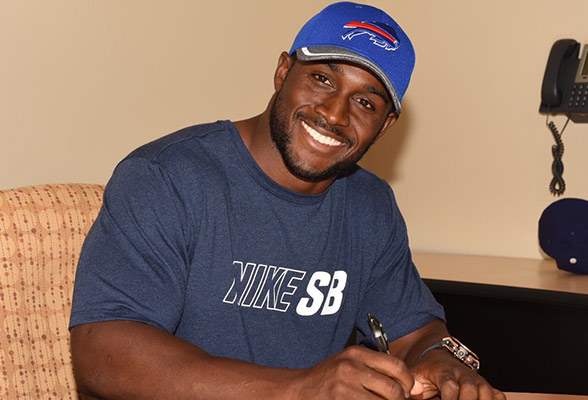 With workhorse Karlos Williams suspended for the first four games of the season and LeSean McCoy expected to get limited reps in training camp after battling ankle issues during minicamp, the Bills needed a versatile running back to get them through the summer months and early fall.

The move makes sense assuming Bush can get the Bills to the point where Williams is back, in-shape and healthy. While their offense stars the likes of Tyrod Taylor and Sammy Watkins, there’s no question that the ground game is the lifeblood of Buffalo’s offense

Bush, the former No. 2 overall pick, has a lifetime yards per carry average above four and 2,109 total yards from scrimmage over the past three years.