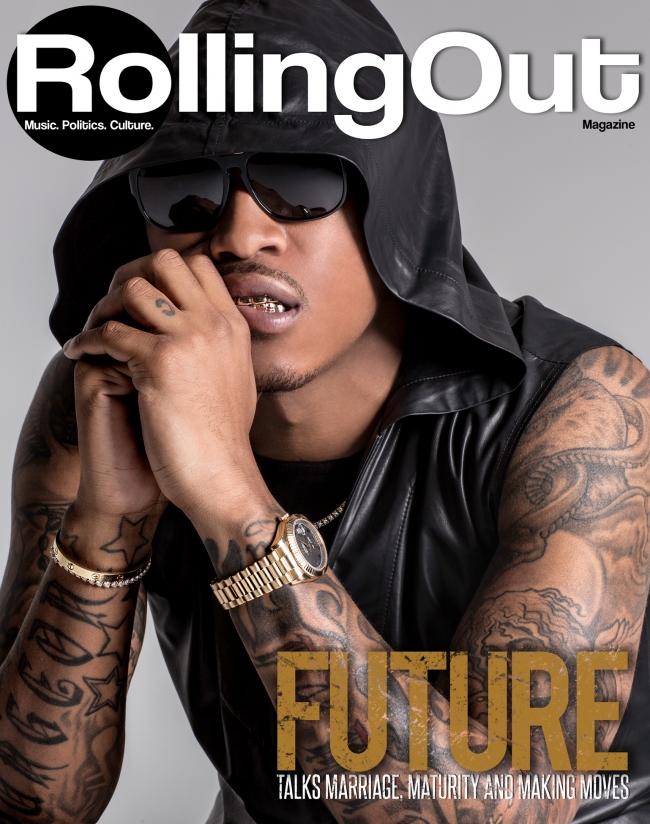 The 30-year-old Atlanta-based star who came out with smash singles like “Same Damn Time” and “Turn On the Lights” off his first album Pluto. Now discusses his affiliation with Atlanta legends the Dungeon Family, and dating sexy RnB/Pop Star Ciara. He talks about  the couple announcing that they plan to marry this summer , and having a child together. As he preps for the release of his highly anticipated sophomore album, Honest.

Here are a few quotes..

“I grew up,” Future says. “I matured [since] the last album. My views on life are somewhat the same, but just a little different. I wasn’t in a relationship. There was a lot more at the forefront that I got the chance to address. People get an overall breakdown of who Future is.”

“I’m not in the studio as much as I used to be,” he explains. “Before . I wasn’t touring. I was just doing spot dates on the weekend. But my schedule changed, so I had to adjust my schedule and the amount of time that I spend in the studio.”