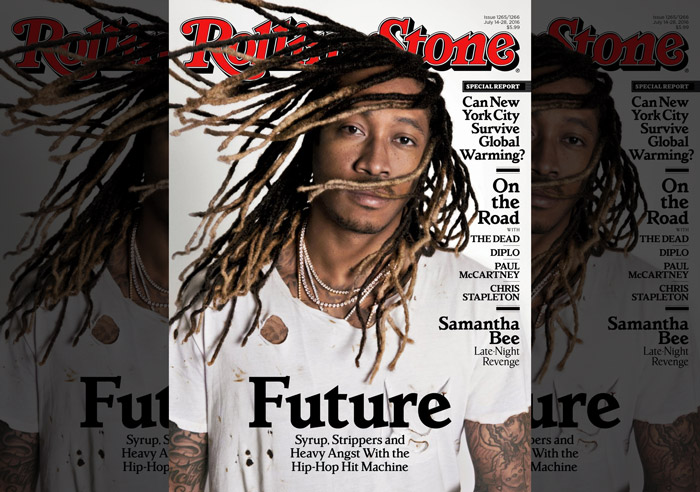 Future: Syrup, Strippers, and Heavy Angst with the Hip-Hop Hit Machine” features the “Wicked” rapper speaking candidly about his failed engagement to the mother of his two-year-old son and their lawsuit-filled relationship of late.

When asked about “Panda” hitmaker Desiigner and the comparisons some have made between them, Future is less open, but honest nonetheless.

“I never worried about anyone else,” he says. “I don’t even want his name in the article.”

Read more highlights from the Q&A below and grab the issue when it hits newsstands July 14.