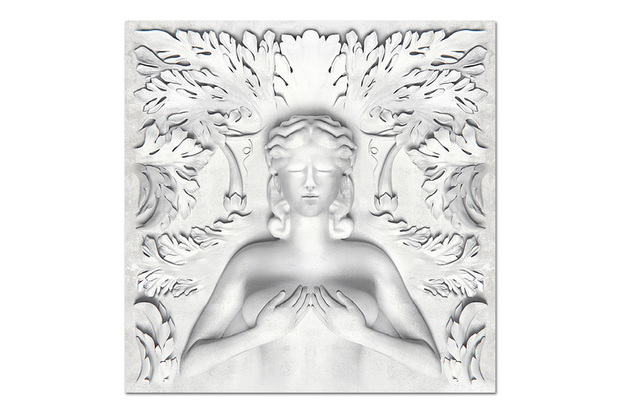 So the motto is “IN G.O.O.D WE TRUST” and after buying Cruel Summer, I can vouch for that. Last summer, Kanye West teamed up with Jay-Z in order to deliver one of the hottest music releases in 2011: Watch the Throne. However, this year, Kanye set out to pull off another power move with the release of Cruel Summer which features his label signees KiD CuDi, Big Sean, 2 Chainz, CyHi The Prince, Teyana Taylor, Common, and Pusha T.

Eventhough we already heard a major portion of the album due to the respective releases of “Clique” and “Mercy,” “New God Flow,” “Cold,” as well as the remix of Chief Keef’s hit “I Don’t Like,” the final product has some surprising ingredients in store. Be this as it may, Cruel Summer had potential to be a classical album while changing the sound and vibe in Hip-Hop for the next couple of years. It’s just hard to look pass the fact that songs like “I Don’t Like”, and “Cold” which is featured on DJ Khaled’s recent album, shouldn’t even make this album. These tracks give the album a mixtape feel. I also want to point out that at times it seems that Kanye gets caught up in his creative feelings and often overdoses songs with one to many features (MASE) or extra productional break downs and chants(New God Flow). There is just one other negative point that I have to get off my mind. Teyana Taylor can not sing and her musical swagga is not up to par for this Cruel Summer, maybe next summer.

Kanye West and Pusha T is everything thats dope about this album. I actually feel like Pusha T had some of the hottest 16s on the album other than Ye’s verse on the opening track “To The World” featuring R Kelly. This may be because most of Kanye verses were already heard months prior to the albums release. But there is something we have to appreciate about Pusha T on “New God Flow”, he went into a MJ game 6 zone. AFter going in on several mixtapes Pusha T has proven he is worthy to be G.O.O.D.

I love the verse King HOV spits on “Clique” featuring – Kanye West, Jay-Z & Big Sean. There are plenty gems on the album however, I just feel the album has wholes in it. Cruel Summer seems like a creation presented to showcase the talents and power of G.O.O.D. Music in order to manifest its growth as a movement and brand. Well its clear that G.O.O.D Music means business. Cruel Summer will bang out for a while and may change the direction of Hip-Hop slightly.