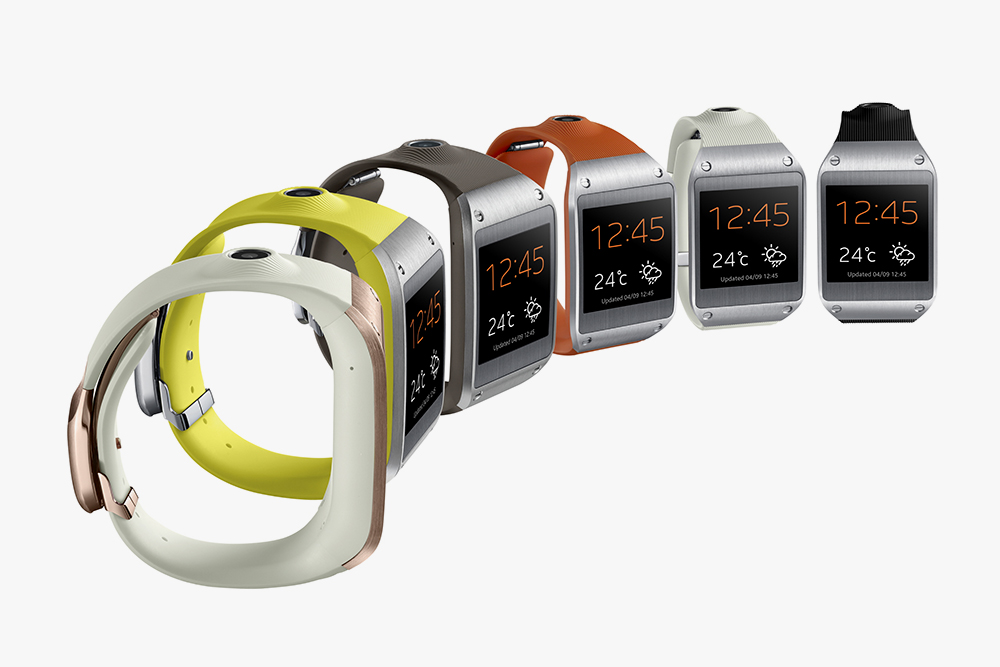 Samsung has unveiled the GALAXY Gear, a smartwatch that further integrates the Samsung GALAXY experience into everyday life. The GALAXY Gear notifies users of incoming messages, such as calls, texts, emails and alerts, delivers a preview of those messages and creates the opportunity for users to accept or discreetly ignore those messages. The built-in speaker allows users to conduct hands-free calls directly from the Gear. Users can also draft messages, create new calendar entries, set alarms and check the weather on the GALAXY Gear with S Voice. With the Memographer feature and a 1.9 megapixel camera, users can record both photos and video. Extending the quick-record concept, Voice Memo lets users capture important thoughts or conversations from their wrists and save those voice recordings into texts on their Samsung GALAXY devices.

With Samsung GALAXY Gear, users can also control the music played on their Samsung GALAXY devices. As with traditional music players, it helps users browse, play and pause songs even when their smart device is not within reach. Finally, the GALAXY Gear also works like a Pedometer to track physical activity via enhanced, built-in sensor technology. This feature automatically monitors users so they can track key personal data such as calories burned, steps taken and distance covered. The GALAXY Gear also serves as a wristwatch and includes several face options that create the opportunity for users to personalize their watch face. It will come preloaded with 10 different clock options and more choices will be downloadable via Samsung Apps.

The GALAXY Gear will be available at launch (September 25) in six colors: Jet Black, Mocha Gray, Wild Orange, Oatmeal Beige, Rose Gold and Lime Green. Pricing has not yet been announced.