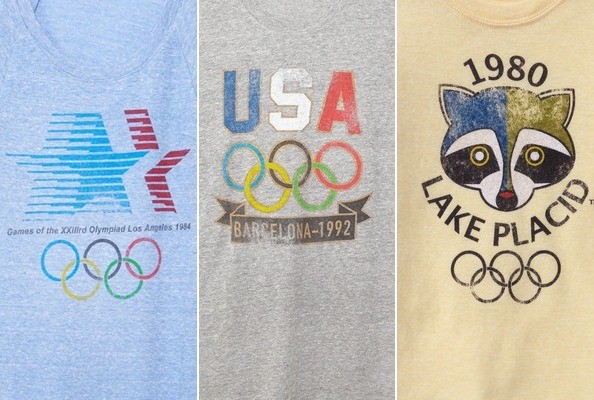 Just in time for the Olympics, Gap released a series of vintage Olympic T-shirtsthat’ll let you rep for Team USA wearing something other than Ralph Lauren.

The cotton tees sport graphic designs from past Olympic games. They range from the 92 Barcelona games to the 76 Montreal games. The women’s shirts include artwork from the Los Angeles, London, and Paris games.
The men’s boast everything from the Barcelona to Montreal and Tokyo games. While all the T-shirts cost between $25 and $30, this is a affordable way to be fly and sporty for the games.

Previous « Diamond Stops By The Breakfast Club
Next BU Clothing: SnapBacks & Tees with a purpose »