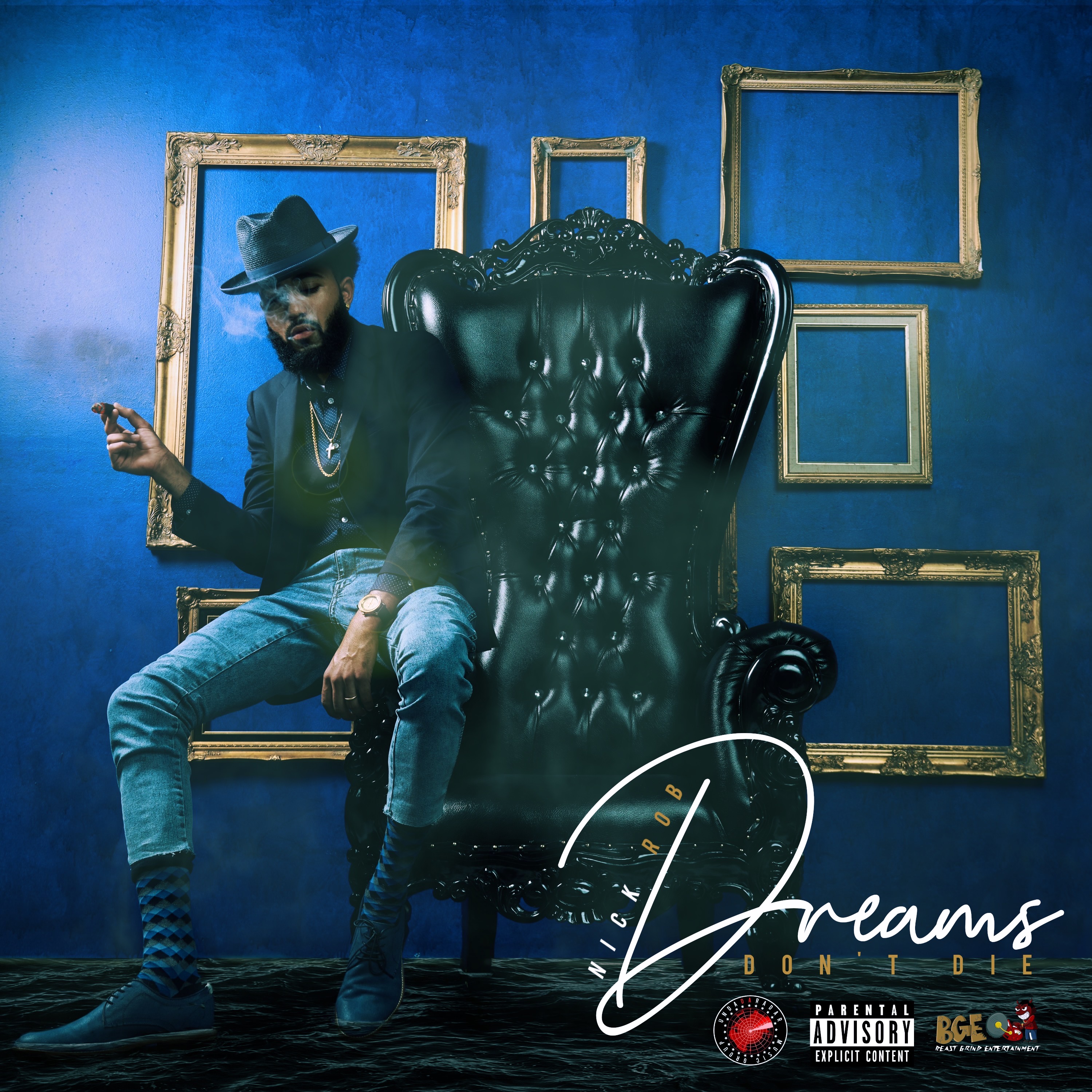 Born Nicholas Robertson the nickname Nick Rob, which was given to him during a early age. Like many New Orleans musicians before him he was born in Charity hospital. Nick moved around a lot growing up in NOLA but majority of his up bringing was Uptown. After Hurricane Katrina we relocated to Arkansas, While living away from New Orleans Nick was able to discover new music scenes like Little Rock, Dallas, Memphis.

Nick Rob now back home again loves the music scene in the Big Easy right now, but feels it’ s clear he has his own sound and style.  “Nobody could ever box me in as a New Orleans artist, or Arkansas artist, or any other place I’ve been, so if you want Nick Rob sound, you got to get it from Nick Rob.”-Nick Rob

Nick Rob new album “Dreams Don’t Die” is coming out October . Get to know a little more about Nick Rob and what to expect on his album with this Q&A below.

Yoey: How long you been rapping?

Nick Rob: I’ve been rapping since about 10-11 years of age. I can recall winning a rap battle competition at Diabetic Camp in Leesville, LA, called Lions Camp. If we’re talking about actually taking it serious and putting tracks down, that venture started late 2013, early 2014.

Yoey: Who influenced you in music growing up?

Nick Rob: Musically growing up I was influenced by the HotBoyz, Wayne was actually my favorite as a kid, which would’ve been an unpopular decision at the time, but Wayne & Kobe had the Afros like me, so those were my idols growing up. Musically, though: HotBoyz, Big Tymerz, Master P, T.I, Dipset, Mike Jones, R. Kelly, Usher, Chris Brown, Drake., the list is big.

Yoey: Why did you name the album that?

Nick Rob: I named the album Dreams Don’t Die, because I believe in just that, so many people I believe put an age on success and their dreams. I believe that if you keep putting in effort, eventually your goals will be accomplished, and even if they wavier, you still can develop new ambitions to still make your dreams come through.

Yoey: How many songs on album? Are there songs you left off and why?

Nick Rob: There’s 22 songs on the album, there’s 25 tracks on the album, if you include the intermissions I placed on the album. There’s several songs I left off the album, as it’s been awhile that I’ve been recording, and I’ve finally decided to put out a complete body of work. I also believe in VIBES, music as transitioned to a place where if you want a certain feeling you put that on, so I stripped all of the tracks for the lady’s, and I plan to drop that album almost right behind this album.

Yoey: Who did Production on Album?

Nick Rob: My engineer Q BauLL Traxx, who I’ve been working with since 2015, I met him in Little Rock Arkansas, and we’ve been tight ever since. He did all of the engineering on the album. As far as producers on the album there is TNTXD, Versa, King PayDay, WoodonTheBeat, FrostMobb, DeeDay, RellyMade, Accent, Speaker Bangerz, PabloMCR, and Two4Flex.

Yoey: Any Features on album if so who?

Yoey: Are you currently a Independent artist? If so are you seeking a deal?

Nick Rob: Yes, I’m currently an independent artist, I believe deals are something you should never take off the board as someone in any sort of entertainment or media, however, a deal isn’t something I’m currently seeking, it would be premature for me to accept a deal, I haven’t maximized my potential independently, I feel like as an artist ones you’ve done that, then and only then should you seek a deal.

Yoey: Will you be dropping any Videos for this album?

Nick Rob: Yes, I will be dropping several visuals off the album.

Yoey: I know we in pandemic but do you plan to do any live performances for new album or maybe try to tour to other places to perform live?

Nick Rob: I think it’s my duty as an artist during the pandemic, to take this time to maximize my exposure and showcase my craft, that way when the world does open back up and we’re able to travel, I’ll be in high demand, currently I have a family and little babies to think about so I’m more so focused on the streaming side of things, but if the money good, we traveling.

If you wanna learn more about Nick Rob and stay locked in with his music follow him here:

All his social media handles are NickRob504Beast!