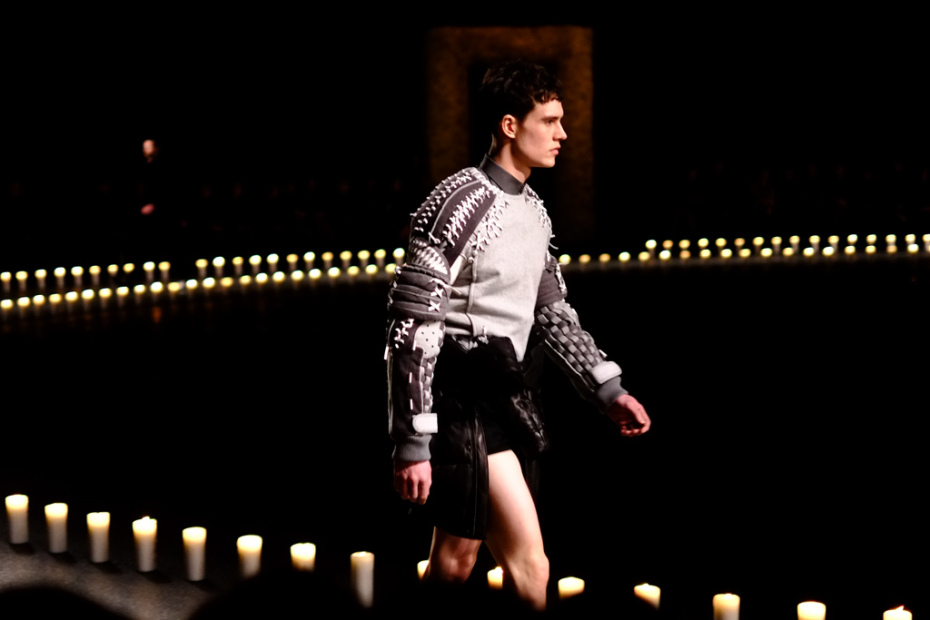 In Paris, Riccardo Tisci managed to touch on his current preoccupations for Givenchy without resorting to man skirts or this season’s version of the rottweiler. Operating again with his preferred color scheme of grays and blacks, Fall/Winter 2013 was light on gimmickry and heavy on restraint — so minimal was the procession of suits and coats shown, for example, that they appeared sans lapels, the designer relying for the most part on impeccable tailoring and sumptuous fabrications to get his point across. And while there were graphic pieces (Tisci’s familiar obsessions with religion and America resurfaced in print form)  and a few bizarre looks (the bulky, patched and stitched jackets and knits), it was the outerwear that was the real standout here, with leather-infused duffle coats and blazers resulting in some of the most covetable — and plain — Givenchy pieces to look forward to in some time.Via.HypeBeast