Go & Beef It Up: Rihanna & Ciara Take Shots At Each Other 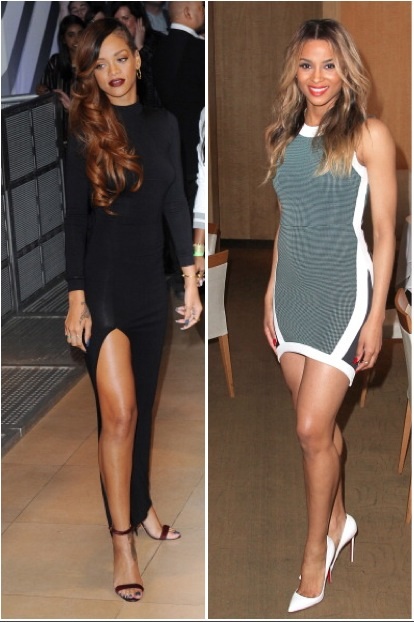 Ciara is currently on a promo tour where she stops at different radio stations for interviews to promote her new album. In those interviews they asked Ciara about mainly two things, her relationship with Future and her beef with Rihanna.
In an interview with Wild 949 radio station in the Bay Area, when asked about Rihanna, here’s what Ciara responded:

I guess it was her way of getting RiRi back for all the sneaky shots she’s been taking at her on IG.
But it didn’t end there. Somebody posted the response on IG for Rihanna to see it, and well, Rihanna may have been too ill to perform in Houston, but she was well enough to respond saying:

They have no real beef, if you ask me, so what started all of this? Could it be because Ciara’s current boyfriend did a really hot song with Rihanna? If Ciara does feel some type of way because of that…she petty. Lol.
It could have started when Ciara thought Rihanna and her friends were laughing at her singing in the bathroom. #purpshrug