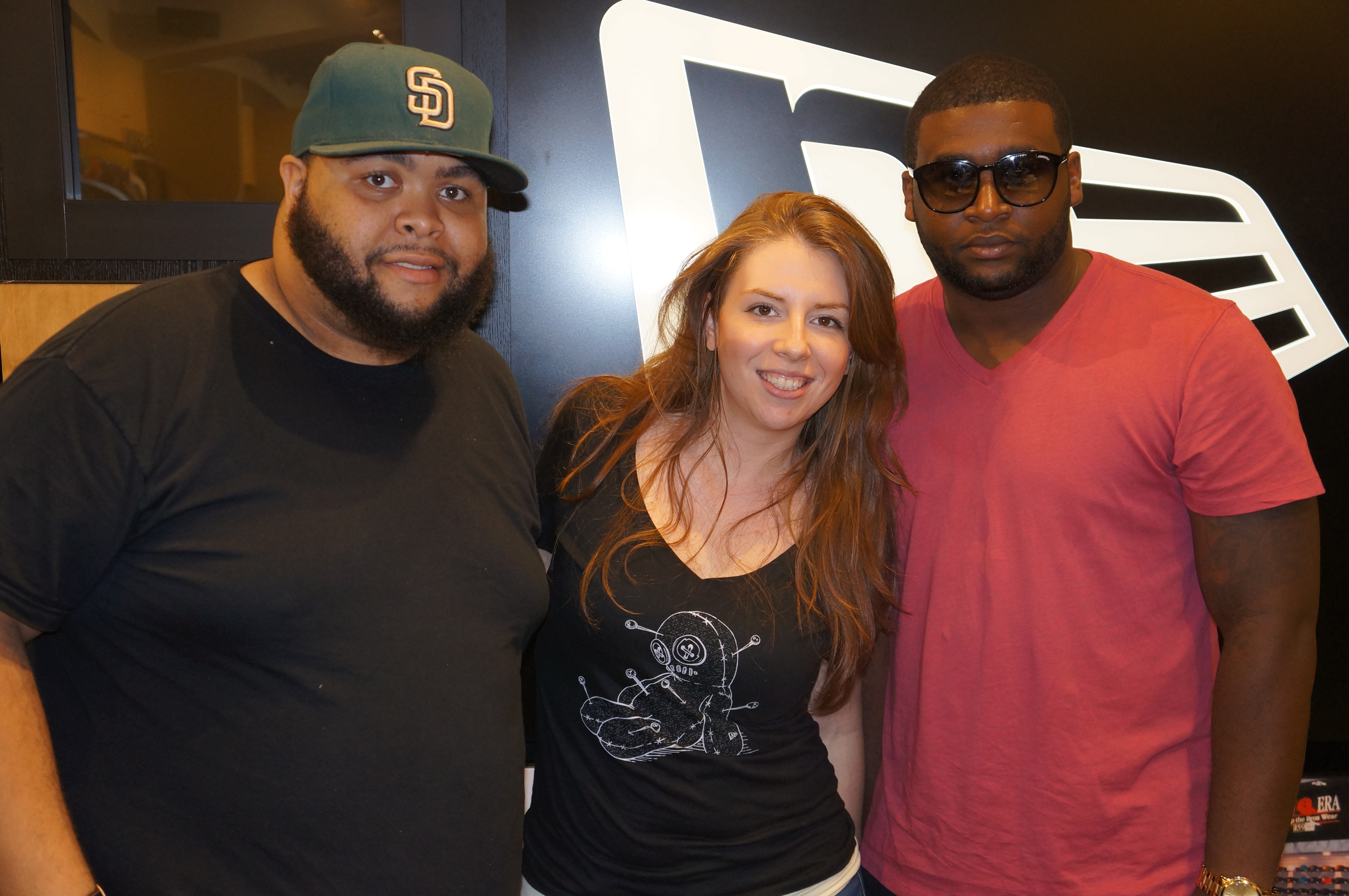 Myhellofalife.Com was on hand for a eventful day attending the grand opening of new New Era Flagship Store location in New Orleans..

I had the chance to speak with Katherine Kulczyke, New Era Corporate Communication Manager (photoed above) She explained how New Era has globally expanded to have 27 locations world wide and 8 in the USA with New Orleans being the latest edition.. She told me New Orleans was chosen because of its well known characteristic of being a huge sports town with locals supporting the Saints & Hornets in the area..Also with New Orleans being the next city chosen to host the Superbowl in 2013 that also intised New Era decision to make a home here in the Big Easy..She explained the benefits to having a flagship store in this region for New Era customers, one being the easy accessibility to talk directly with the brand..Customers at Flagship store locations can explain what they like and want to see made by New Era in the future..Also New Era will cater to the local customers by giving them custom hats to represent the local sports teams and the city in general…

Myhellofalife Crew would like to thank New Era for the invite and encourage everyone to go check out the new store located at 838 Canal Street..

And Special Thanks to New Era’s Katherine Kulczyke & Erin Pollina