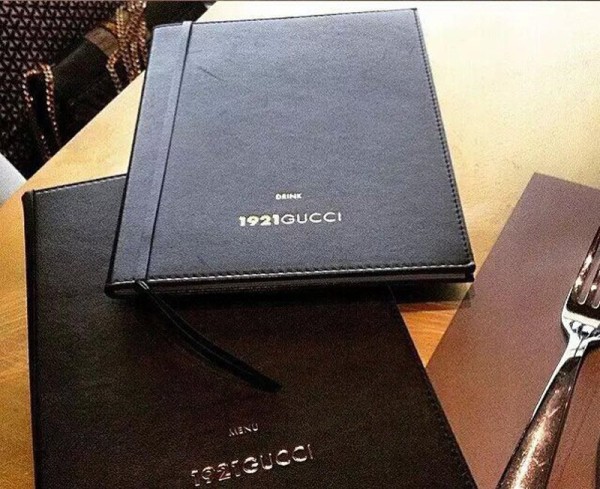 With this new culinary destination, called the “1921 Gucci Café,” Gucci is paying tribute to its history, referencing the year of the label’s foundation.

Gucci has chosen one of Shanghai’s most popular commercial avenues for its first restaurant. Located on the fourth floor of the IAPM luxury shopping mall on Huaihai Lu, the 1921 Gucci Café took two years to complete and is accessible by means of an elevator from the Gucci store in the mall.

The pasta options are an obvious highlight, especially the spaghetti with mussels, urchins and calamari. Prices start at 150 yuan for a two-course lunch, 300 yuan at dinner (just under $50).

Although 1921 Gucci Café is the brand’s first full-service restaurant, there is a Gucci-themed cafe in Florence attached to the Gucci museum, which opened in 2011 to celebrate the label’s 90th anniversary.