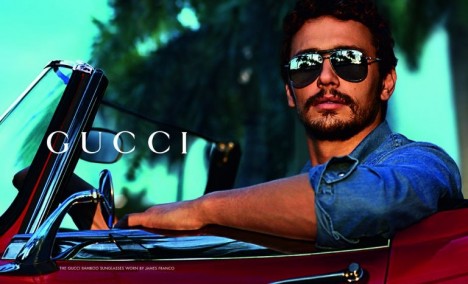 Gucci has unveiled its latest Black Bamboo sunglasses, which are set to go on sale in October this year.

In support of the new shades, the Italian luxury brand has also released the first details of a global advertising campaign, set to debut in August 2013, featuring Hollywood actor James Franco.

Perched behind his dark ruthenium and grey shaded mirrored lenses, the Hollywood star was shot by fashion photographers Mert Alas and Marcus Piggott.

The glasses feature a 1970s-style aviator frame in metal. The bamboo name comes from the use of the material on the bridge and wings of the glasses.