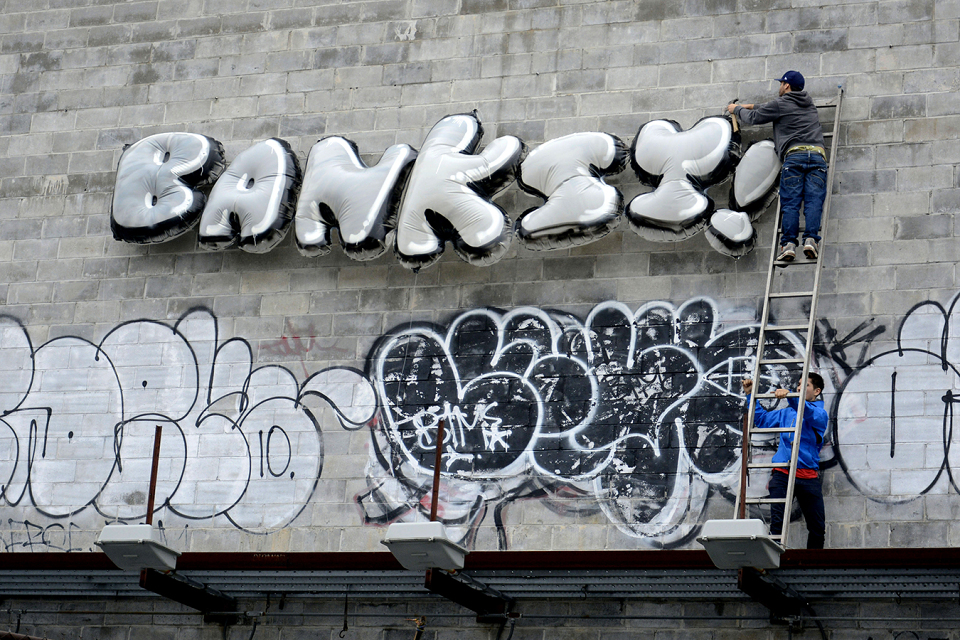 HBO has announced the premiere date for a documentary that chronicles Banksy’s month-long artistic romp in New York City last year which the artist dubbed Better Out Than In. Aptly titled Banksy Does New York, filmmaker Chris Moukarbel crowd-sourced footage from people who saw the art first hand and packaged it as a full-length feature – calling the technique of utilizing fan’s documentation as “a city holding a mirror back up to the artist.” Having pulled off notable installations like bubble letters with balloons and a Central Park stand that sold 100% authentic paintings for a fraction of what they would be worth on the resale market, Banksy Does New York premieres on HBO on November 17.

Editor’s Note: The actual trailer for the HBO documentary has not debuted yet, however the trailer below is a Banksy recap of the event featuring footage of all his work in New York to give you an idea of the coverage.