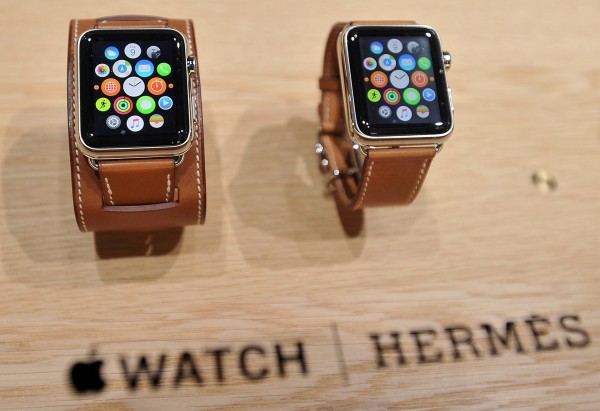 Apple has released the Hermès edition of its watches in select stores across North America.

The tie-in adds a touch of French luxury to the latest technological gadgetry. The amped-up version of the Apple Watch features a leather band and sports the Hermès logo on the watch face.

Bands are available as single or double tour, and as a cuff.

The watches are being sold at stores in New York, Los Angeles, Miami, San Francisco and Toronto. Prices start at $1,100.