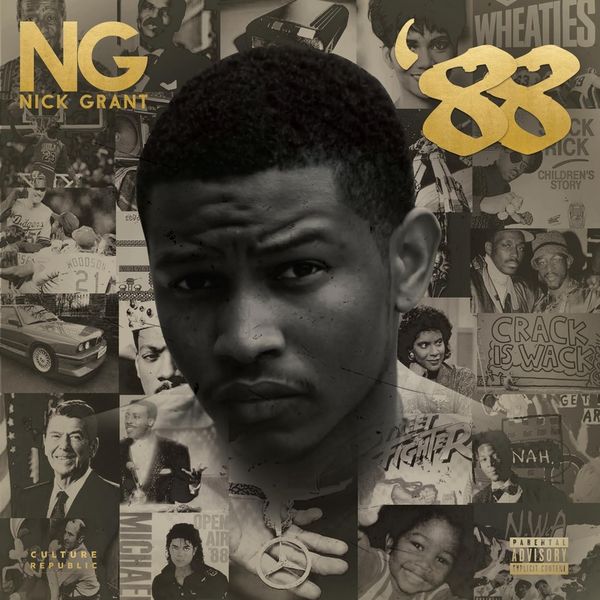 Get familiar with new comer  Nick Grant. Who will be one of the opening  acts for Dave East’s “Hate Me Now” Tour, which will be in New Orleans on Sunday, April 17th (Parish Room).

He released his well-recieved debut mixtape, ’88 on Feb.02 of this year , with features from Killer Mike, Young Dro, Big K.R.I.T., BJ The Chicago Kid and Stacy Barthe.

Nick, who is signed to Jason Geter (Culture Republic), TI’s longtime manager and business partner, is a contender for the highly coveted XXL Freshmen cover. From Sway and Charlamagne tha god to Taleb Kweli and Ludacris, Nick is on everyone’s radar as HipHop’s next biggest thing.

One of the impressive things about this MC that separates him for his contemporaries is the content found in his music. From his more introspective songs like “Gold Chains,” “The Jungle” and “Dead Poets Society,” Nick tackles subject matter such as police brutality, racial profiling and cultural pride.

To learn more about Nick Grant hit up these following links..