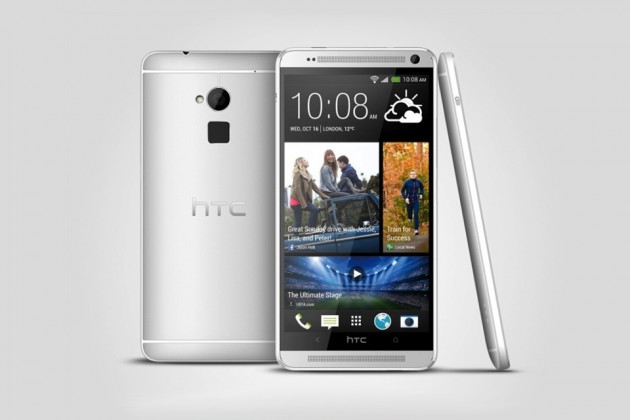 HTC has revealed its newest smartphone the One Max featuring a 5.9-inch screen and fingerprint sensor technology. A larger iteration of its lead design, the One Max houses a nearly edge-to-edge 1080p screen along with the same 1.7GHz quad-core Snapdragon 600 processor used in the One. The fingerprint scanner on the back unlocks the phone and can be programmed for up to three fingers which immediately launch three separate apps without the need to unlock or go to the home screen. Available in 16GB or 32GB, the phone also allows for up to 64GB extra memory via a microSD card slot found under the rear cover. The HTC One Max launches in Asia and Europe in October, with a U.S. release following shortly after.