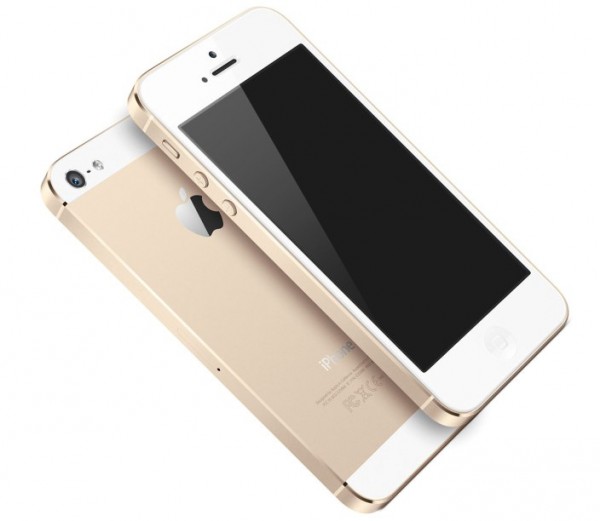 With the official unveiling almost less than a month away, multiple sources including AllThingsD and 9to5Mac have now reported that the upcoming iPhone 5S will be offered in a gold/champagne colorway.
John Paczkowski from AllThingsD states:

Apple is adding a new color to the iPhone color palette, and yes, it is indeed gold.
Sources in position to know tell AllThingsD that Apple, after years of offering the iPhone in either black and white, will soon offer it in a gold tone as well.
The new color option was described to AllThingsD as an “elegant” gold tone. “Think champagne, not ingot,” a source said. Sources say that the gold iPhone will feature a white face, with a gold-tone back plate and chamfered edging.

Furthermore, there are hints that this possible gold colorway may be an Asia exclusive, since gold is such a popular choice in China and India. Non the less, if this holds true, Apple will surely control an even larger portion of the mobile market as a reported iPhone 5C (lower end) model is also expected to debut during the event on September 10.