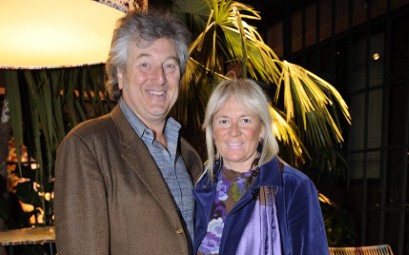 The search for a missing plane carrying Italian fashion executive Vittorio Missoni and five other people has entered its fourth straight day on today with no signs of the aircraft. Here is what we know the twin-engine plane was reported missing hours after taking off Friday from Los Roques, a string of islands and islets popular among tourists for their white beaches and coral reefs.Venezuela’s National Civil Aviation Institute says search teams are using a plane and a helicopter and the Venezuelan coast guard to find the small plane, which disappeared off the country’s coast. The plane was carrying the CEO of Italy’s iconic Missoni fashion house, his wife, two Italian friends and two Venezuelan crew members.Prayers go out to friends and family of Missoni during this tough time and all of the Fashion World is hoping for a good outcome.

“Founded in the 1950s by Vittorio’s parents Ottavio and Rosita, Missoni SpA is run by Vittorio, his brother Luca and their sister Angela. With designs worn by celebrities including Madonna and Jennifer Lopez, the fashion house has expanded its store networks and diversified out of clothing by designing hotels and tableware. A lower-priced line, M Missoni, was introduced in 1998 to broaden the brand’s customer base.ViaBloomberg”