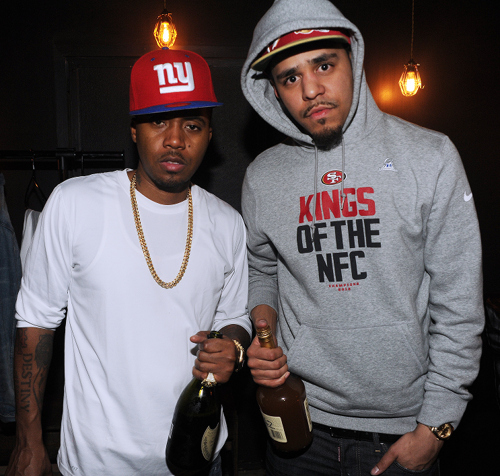 Peter Rosenberg revealed on “The Realness” show that J. Cole supposedly has a song on his forthcomingBorn Sinner album called “I Disappointed Nas”—or something along those lines.

Here’s what Rosenberg said on Hot 97:

“Supposedly there’s a song on the J. Cole album called something along the lines of “I Disappointed Nas,” about how Nas supposedly reached out to J. Cole after he heard “Workout” and was like, “Nah, fam. I expected more from you than this.” And supposedly J. Cole gets really personal and has a whole song about how it felt to have disappointed, obviously, one of his heroes in music: Nas.”

J. Cole’s album will drop on June 18, which he moved up a week to the same day as Kanye West’s Yeezus release date.

Previous « D. Woods On The Danity Kane Reunion::: “I Found Out On Twitter”
Next Kendrick Lamar – U.O.E.N.O. (Black Hippy Remix) »