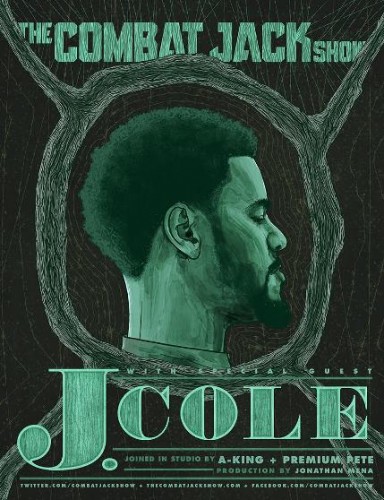 Jermaine Cole made a special guest appearance on The Combat Jack Show recently, garnering 40,000+ plays in less than 24 hours. The acclaimed podcast has gained tremedous popularity over the years, being dubbed the “#1 Hip Hop podcast” by Complex, for its quality Hip Hop content.

Legendary rap attorney, Reggie “Combat Jack” alongside co-host Dallas Penn, spoke with Cole on a variety of topics that include “2014 Forest Hills Drive,” battling expectations of others, Kendrick Lamar and his “Control” verse, Drake, Ferguson and so much much.

Listen to the podcast episode below, if you haven’t yet.