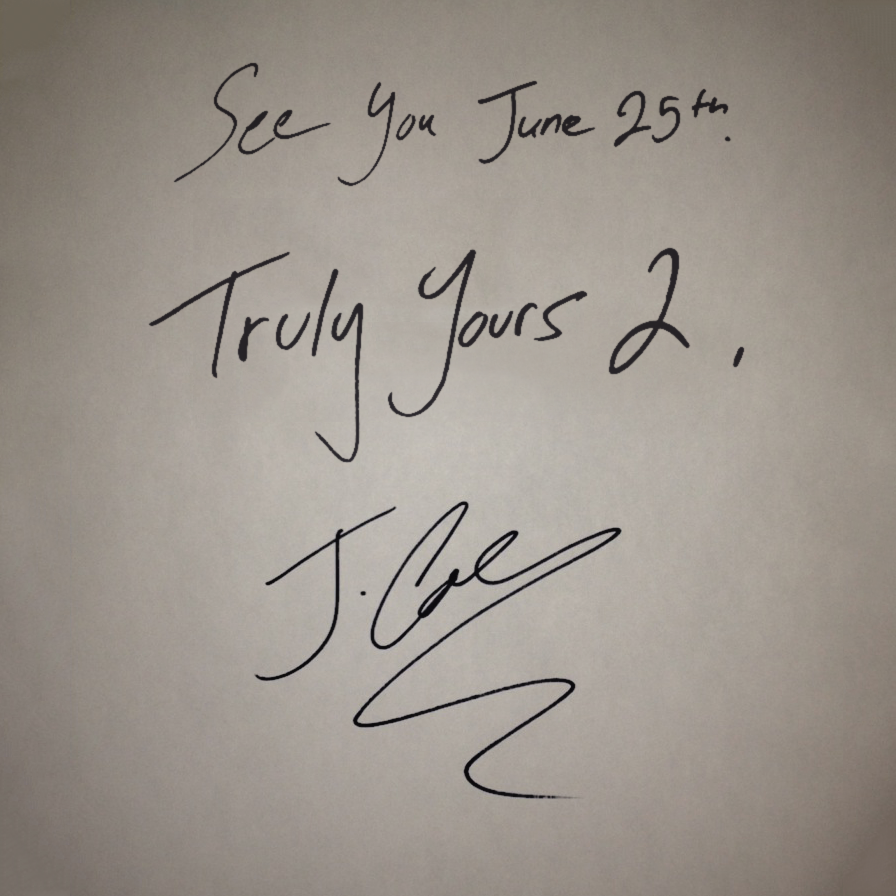 J Cole is back with Truly Yours 2, (6-tracks) and I must say I’m excited and yes he delivered some good material! The mixtape starts off with the song “Cole Summer” which leaked on the net the night before the mixtape was officially released. The response was crazy immediately my twitter timeline was filled with quotes from the song and rappers and bloggers giving praise to Cole. The song is a very special track where we find J Cole speaks about his love affair with Summer time, over a soulful Lauryn Hill sample check it out below..

The next track Kenny Lofton featuring Young Jeezy is nice. It’s one of those songs you can really just vibe to whether working on something in the crib or riding in ya car this track just speaks to you. Kenny Lofton is followed by another hot track entitled “Chris Tucker” where Cole spits “If real recognize real, that’s why it took motherf**ker like Hov to sign me” very cocky boasting on this track with a sick beat and the song also features another ATL rapper 2Chainz who verse we probably could have went without.

The mixtape then has a track called Head Bussa I personally loved the beat to this song. Cole reminisces on his past on this one, simple yet dope track. That song is followed by “3 Wishes” people who love when Cole goes into his story telling mode will love this one, unfortunately it’s a pretty short track but Cole still delivers a nice conversational piece with a friend who is locked behind bars. The mixtape closes out with a track called “Cousins” this song is a real meaningful piece, Cole breaks down how family feels somewhat entitled to all his success. A very relatable topic for everyone I believe. Overall I enjoyed this 6-track Mixtape I think if you have the chance to download it you def should. It will be a nice appetizer to the main entree coming on June 25th Born Sinner

Review Written By: Mario aka Yoey Yo